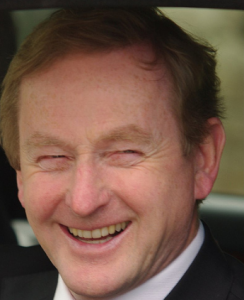 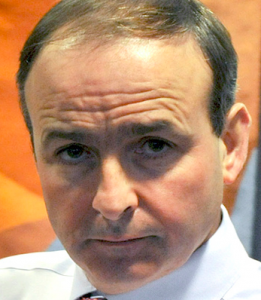 The recent comments by various people on a possible border poll has excited widespread media attention. So who said what?

Micheál Martin  (FF) thinks the remain vote in the north “may show people the need to rethink current arrangements…However, at this moment the only evidence we have is that the majority of people in Northern Ireland want to maintain open borders”.

Enda Kenny told the MacGill Summer School that a border poll may be triggered if there is clear evidence of a majority of people in Northern Ireland wishing to leave the EU and join the republic.

It doesn’t take a gimlet-eyed lawyer to see that both men have restated the bleeding obvious: the Good Friday Agreement includes a clause which says that if it is believed that a majority wanted constitutional change, a border poll should be held.

It is the concern over Brexit that has triggered these bleeding-obvious remarks by both men. Maybe a desire to remain in Europe might out-trump unionist distaste of any re-unification? Not if you heed the words of Ian Paisley Jr.

He says it’s a load of rubbish, that Enda Kenny and Gerry Adams are under pressure to resign as leaders and so they’re using this distraction of a border poll. “We all know first of all the public in Northern Ireland, nationalists and unionists, have no interest whasoever in a united Ireland”.

Poor Ian –  “no interest whatsoever’?  Now if he’d said Enda Kenny and Micheál Martin have no interest whatsoever in a united Ireland, he’d have been nearer the mark. The political parties in the south, with the obvious exception of Sinn Féin, would like the north to detach itself and float out into the middle of the Atlantic, never to be seen again. And to be fair to Kenny and Martin, they both merely restate the GFA. It’s their way of pressuring for the best deal in terms of border controls. It is in the interests of business north and south that the border provides a minimum of blockage to trade.

And so the leader of Fine Gael and the leader of Fianna Fail make solemn statements about possible Irish unity at some unspecified point in the future. They do so, believing it might strengthen their hand in terms of post-Brexit arrangements – and of course it’s a way of stealing the Shinners’ clothes.

THE HIBERNIA MYTHOS, THE ORIGINS OF RACISM AND BLACKCURRANT JAM
‘The Iraq War: is Tony Blair the only one with bloody hands?’ by Sammy McNally

38 Responses to Enda and Micheál and the border