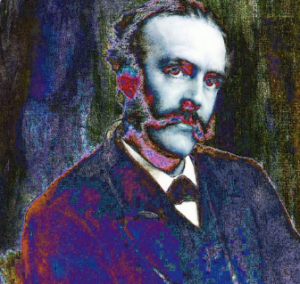 At a British War Cabinet meeting in October 1917 the Foreign Secretary, Arthur Balfour, “bluntly observed that a statement supporting Zionism would be ‘extremely useful propaganda both in Russia and America’ ” according to an article in THE TIMES by Ben McIntyre on July 29.  Since he was Prime Minister in 1904 Balfour, in office or out, had conspired with France and Russia to crush Germany, but nearly three years after British troops expected to be home by Christmas, Germany, and her allies had not yet been crushed.

McIntyre believes, wrongly, that by the time of the Balfour Declaration Jews had been prominent in the Bolshevik Revolution ( which broke out in November 1917 by the Gregorian
Calendar) and that it was hoped the Declaration “might encourage Russia to maintain the battle on the Eastern Front.” McIntyre states that it was hoped  also that German-Jewish
support for the German cause might be undermined by  British support for a Jewish homeland in Palestine. I know nothing of Zionism in Germany at the time but have seen
German War Graves embossed with the Star of David, and I suspect most Jews in Germany saw Germany as their homeland and would have scoffed at the blandishments of British politicians. Besides, under Balfour’s Premiership in 1905 Britain passed the  Aliens’ Act, to deny a British Homeland to would- be immigrants.
But Propaganda was not just “useful” for winning Britain’s War .It was central to its planning,  and its prosecution, and it remains central to its explanation and repeated celebration of that War.
The propaganda preceded the war by ten years, and it was ramped up with lies and exaggerations about Gernan actions in Belgium. THE TIMES (JULY 29 again)  has a piece
“. ON THIS DAY – July 29 1916″  about a British Merchant Marine Captain shot for ramming a German submarine, a privilege the Germans believed properly reserved for
Royal Naval Captains. Perhaps the Germans were stiff-necked about Protocol, but I imagine they’d have hanged  a Bowen-Colthurst if they had such a monster in their own ranks.
What is interesting though is that THE TIMES writes of “the stupendous blunder made in murdering Miss Cavell, for which  British Troops are today inflicting punishment on the
German Army.”  THE TIMES continued “It was truly said that Miss Cavell’s death was worth an Army Corps to Great Britain.”
We know since last October , 100 years after Miss Cavell’s death that it was not murder because Dame Stella Rimmington, former Director General of MI5 has confirmed that
the Germans had every right to shoot her according to the accepted rules of war. But Britain’s lying propaganda exploited the decency and chivalry of tens of thousands of
young men and sent them out to kill  equally decent young men and be killed by them.
Although THE IRISH TIMES and other Imperialists wanted all the 1916 Insurgents killed, such a blunder would not have gone down well with  most Irishmen in the British
Forces, or in Australia, New Zealand, India,nor with the Irish and many other peoples in the United States. Britain was desperate to embroil the United States in the War
and the sinking of the Lusitania, carrying British war materials and some American passengers in May 1915, though exploited by the British had not worked the trick.
America joined the war nearly two years after the sinking of the Lusitania in pursuit of her own interests.
Eleven months after the hanging of Roger Casement, the Lord Lieutenant, Lord Wimbourne, wrote secretly to the British Cabinet telling them that John Redmond’s party
was a spent force and Republicanism in the ascendant in Ireland.
Lord Wimbourne’s assessment was borne out by events, but was only made public in 1967 for it would not have been extremely useful propaganda for a British Government
when it was made. Indeed it seems to have been totally ignored by academic historians in the 49 years since it was declassified.