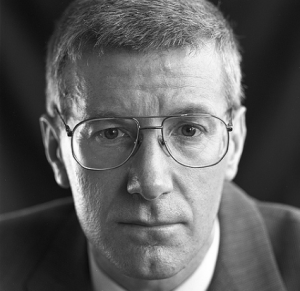 I was on the train to Dublin when I heard of Gregory Campbell’s latest public statement. Now before we go any further I want to say that I’ve met Gregory on a number of occasions and have always found him polite and courteous – even likeable. But just as the Tories shouldn’t elect their new leader on the basis of their having or not having children, politicians shouldn’t be judged on the basis of their personality.

And so to Gregory’s public statement. The DUP MP  has claimed on his Facebook page that an acquaintance has noted how Glasgow Celtic will be playing in Gibraltar on the 12 July, and has expressed the hope that republican sympathisers will have a better result than they did the last time they went to Gibraltar. It doesn’t take an Einstein to conclude that Gregory’s real or fictional friend is referring to the fatal shooting by the SAS of three unarmed IRA people in Gibraltar in 1988.

The crassness of the remark is breathtaking. To gloat over the death of anyone, particularly for the purpose of stoking up emotions at this time of year, is to mix irresponsibility with tastelessness. It’s on a par with those football fans who make airplane noises when playing Manchester United or chants about crowd barriers when playing Liverpool.

There are three questions that need to be directed at Gregory:

We’re told that there are far fewer contentious Orange parades in 2016 than there were in 2006 or in 1996. That claim would be more cheering if there weren’t politicians who delight in goading opponents as the Twelfth looms, making sure their insults carry further by standing on the coffins of the dead..

ONLY MAKE-BELIEVE by Donal Kennedy
‘Talent & Vision: Youth and Success’ by Donal Lavery

59 Responses to Gregory and how to goad