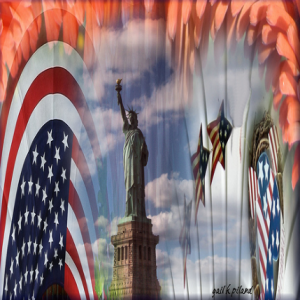 On 4 July 1776  representatives of thirteen American states, in General Congress assembled, declared their independence. I think it was Benjamin Franklin who said to his co-signatories that they should hang together or they would hang separately..

It was a risky business, for if HM Britannic Majesty’s forces had captured them. singly or collectively, they would have been hanged. Washington’s forces faced many hardships and battles, and the bitter cold of Valley Forge. “These are the times that try men’s souls”, wrote Tom Paine, “the summer soldier and the sunshine patriot, will, in this crisis, shrink from the service of his country.”
I can’t imagine Nigel Farage or Boris Johnson manning the gap of danger or shivering in the cold at Valley Forge, though they brayed about Independence Day. They and Michael Gove are like the Duke of Plaza Toro in the Gilbert and Sullivan operetta.
And none of them seems aware that the battle which saved Washington’s neck from a British rope was fought at Yorktown, where the French, his gallant allies from Europe, were the decisive factor