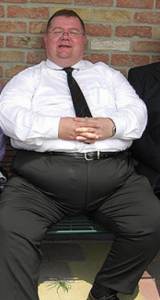 I used to teach Ross Hussey’s brother. It was an in-service course for teachers and while he wasn’t the most gleaming intellect in the room, he was a nice man. But then he had the advantage of being from Omagh, probably the finest town in Ireland to be from.

But that clear advantage in life hasn’t kept Ross himself, now an Ulster Unionist MLA, safe from controversy. Right now he’s being buffeted by a media storm, because he tweeted photographs of himself naked (stop, Virginia) to what proved to be an undercover reporter from The Sunday Life. The UUP MLA has apologized “unreservedly” and says he made a terrible error of judgement. The newspaper reports that Mr Hussey used websites to meet “strangers” for sex.

A whole phalanx of people, from the UUP to Ann Travers, has lined up to defend Ross and call on the journalist to apologise for his disgraceful behaviour. Are they right?

Well, yes and no. They’re right in judging that the story is clearly of interest to a large section of the public – otherwise the sting wouldn’t have been organized and the story printed. But being of interest to the public and being in the public interest are two totally different things. This story has no bearing on Mr Hussey’s abilities as a politician and so should not be used to judge his political abilities. You may have your own thoughts about the aesthetic or moral quality of his photographing himself in his birthday suit and sending it over the ether, let alone meeting with strangers for sex, but in the end that’s his affair. To quote Pope Francis: who are we to judge? And newspapers that thrive on such sleaze are contemptible – but they wouldn’t write such stories if, as I say, there wasn’t a market for them.

What makes me particularly queasy is the speed with which  the morality squad have paraded  their liberal principles – Ross has done nothing wrong, the journalist is beneath contempt.  I largely agree with them, but are they  really concerned for Mr Hussey? Or are they using him to show how politically correct they are?

One final thing: rumours that Enda Kenny will publicly embrace Ross outside Leinster House tomorrow are at the moment unverified.

18 Responses to Ross Hussey and the morality police