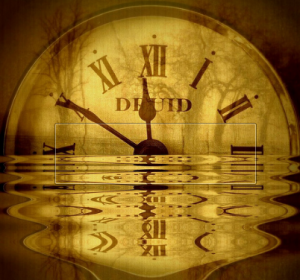 Last Saturday, the Irish Times published a letter from one Aoife Lord of Co Meath which I quote in full below.

“Sir, – We don’t want them, we don’t need them, we can’t afford them, we are somewhat afraid of them, we think that they are culturally different from us, we don’t approve of their prejudices and we don’t want them to influence events in the Republic. We also feel that Northerners feel the same way about us. So let’s forget about a Border poll, and let the British government get the best deal possible for Northern Ireland in the Brexit negotiations. – Yours, etc,”

Now you will know that I am a fan of due process and when one reads a letter in the newspaper with which one disagrees, the proper process is to write to the editor and tell him so.  It would be fair to have a reasonable expectation that your counter-point be published, assuming it is not libelous and is reasonably coherent.

So it was last Sunday morning I drafted my response, dispatched it to D’Olier Street and received an acknowledgement of receipt.

Again, I set out in full my letter:

“I am shocked and appalled that the paper of record saw fit to publish Aoife Lord’s letter of 23rd inst. given that it constitutes hate speech.

To paraphrase, she says we do not want or need them, we are somewhat afraid of them and think that they are culturally different from us. She refers to “Northerners” but if she had been referring to black people, Muslims, gay people, refugees, or Travellers then under no circumstances would such hate speech have been acceptable for publication and her attitude would, rightly, be challenged.

It is not the gift of any other person to define, to give or to take away my identity.  My citizenship and nationality as an Irish person are my birthright and are protected in national and international law. It is not up to Britain to make the best deal for me in any negotiation, it is the duty of every person who ascribes to the ideals of the Republic to cherish all of the children of the nation equally – including me and my children.

I am from the next parish to Seamus Heaney who, when offered an honour by the British State following his Nobel Prize, famously wrote: “Be advised, my passport’s green, no glass of ours was ever raised to toast the Queen.”

Who would ever consider saying to Seamus Heaney, Dana, Phil Coulter, Nell McCafferty, Seamus Deane, John Hume (and that’s just some of the Derry ones) that they are less Irish because of where they were born? Of course no right thinking person would. That means it’s not acceptable to think it or say it of me either. “

And I waited.  And waited… And on Wednesday I wrote again to the Editor saying surely you don’t intend to let such sectarianism stand unchallenged?  And what did Kevin O’Sullivan say?  Nothing.  Nada.  Rud ar bith.

Aoife Lord’s attitude isn’t unique, unfortunately, but that still doesn’t make it acceptable that the Irish Times has not published any challenge, from me or anyone else, to this sectarian and even slightly racist rant.  I say racist because I would wager Ms Lord thinks I am from another country.  One must therefore conclude that there is a tacit acceptance in the Irish Times that such sectarianism is just fine.

It would nearly make me think about buying the Indo again.