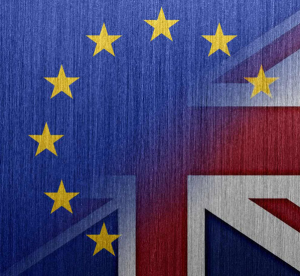 Will Brexit harm the EU?

I guess that remains to be seen.  I feel it certainly has the potential to do so.

TTIP is bound to be on hold to see how things play out with the US no 1 ally Britain.

If the UK remains united, other EU nations such as Ireland and Netherlands may feel they too would be better off outside of the EU and in a closer trade relationship with Britain, which would put further strain on the Eurozone and Italy and Greece in particular.

In Ireland, the divisions caused by the EU and Brexit go even deeper.

Unionist see the challenges for the ROI as problems for another country.

I had initially felt this was an opportunity for both communities to put aside our differences and unite not only Ireland but try to mend bridges between Scotland and England also in a new union of these islands.

I now don’t think that would be possible, unionism will see it as a choice to be made by another country (ROI) and they can simply decide to do what they choose, none of our concern basically.

Well, following that logic through, I am now thinking England is not really our concern either, they didn’t give a damn about the border and potential for a return to violence when they voted for brexit.

Perhaps there are alternatives.

What if Ireland led by Dublin and joined by Scotland to form a Celtic Union which would break away from England and dissolve the UK.

The North of Ireland could hold a referendum to join the new unions or to remain in the UK without Scotland.

All of Irelands energy imports come via Scotland and the two nations have a lot in common already.

I love Glasgow and sending time there.

There are sections in the north of England who I imagine would also be interested in joining, perhaps even North Wales.

Such a new union could easily through Irelands membership be approved speedily into the EU.

Economic and political reforms could give the EU new direction and together we could pursue the same trade agreements with India, Australia, Canada, US and so on the Britain wants to make now.  A disunited UK or solo England outside of the EU would be less attractive than a revamped EU with new imperative.

Dublin could eat into London’s financial sector and do very well out of it.

The truth is, both England and Unionism have a supremacist attitude which will endure so long as we back them.

Perhaps it is time the Celtic nations united and looked after our own interests instead?

21 Responses to ‘The Celtic Union’ by Jessica McGrann