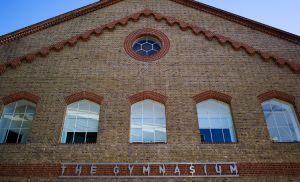 My mother who used live in Dublin city as a child, used spend some of her summers in Howth and recalled “keeping nix” whilst her brother Jack and John “Darkie” Rourke “boxed the fox.”    Jack, aged 16, was badly wounded in 1916, by a German shell off Jutland, whilst “Darkie” played a man’s part in the IRA in the ‘Tan and Civil Wars, and in the GAA for many decades. In Howth and most areas where many families shared surnames and Christian names, nicknames were necessary and sometimes passed on for generations. Thus one branch of the O’Connors were called the “Curser O’Connors.”

Emmet Dalton went from Dublin’s O’Connell Schools to the Dublin Fusiliers and carried the fallen Tom Kettle, returned and joined the IRA, became a general in its “pro-Treaty” faction and carrried the body of Michael Collins at Beal na Blath. He later met Churchill’s crony Brendan Bracken, who had been at O’Connell Schools in his time, but denied being Irish, and distinctly remembered the smell of Bracken’s corduroy  trousers.
Robert Graves recalled how, dining with fellow British officers, he was one of four (out of 5) young officers in his Company’s mess, had German mothers or naturalized German fathers. “One of them said: ‘I’m glad I joined when I did. If I’d put it off a month or two, they’d have accused me of being a German spy.As it is, I’ve an uncle interned in Alexandra Palace. and my father’s only been allowed retain membership of his golf club because he has two sons in the trenches.’  I told him : ‘Well, I have three or four uncles sitting somewhere opposite, and a number of cousins, too. One of those uncles is a general. But that’s all right. I don’t brag about them . I only advertise my uncle Dick Poore, the British admiral commanding at the Nore.’  “
(I write this within 400 yards of Alexandra Palace.)
Yesterday I walked along the banks of London’s Regent’s Canal from Little Venice to King’s Cross.and passed The German Gymnasium a few yards from that station and equidistant from St Pancras from which one can take the Eurostar to Brussels, and Paris.
Before the 1916 Rising the German Gymnasium, a fine building, served as the Drill Hall for the Irish Volunteers, including Michael Collins, Padraig O Conaire, Joe Good and others.
In King’s Cross Station there was an exhibition about its contribution to the First World War, and a few days earlier there had been a pageant with play-actors in 1914-era khaki.
Considering the play-acting on the part of Irish state officials and clergy at Thiepval, in London, Dublin and elsewhere to commemorate the Somme, isn’t it amazing that no ceremony to commemorate the men who drilled in the German Gymnasium, or to erect a plaque reminding passers-by of its history, has yet been mooted?