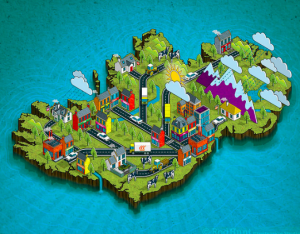 The Good Friday Agreement I believe makes a united Ireland inevitable. It is a written international agreement by London and Dublin to implement Irish unification once there is sufficient support for it. That means Britain have already agreed to give up the north and Dublin have agreed to accept it into its jurisdiction.

But it is not without conditions.

The Good Friday Agreement recognises two traditions, those who are British who want to keep Ireland divided and those who are Irish and want to see their country reunited.  It makes it quite clear that unification will ONLY be implemented if achieved through totally peaceful and democratic means. It also makes it quite clear that both London and Dublin have already given their consent and the remaining decision must be made by the people of Northern Ireland alone and without any external influence or pressure.

Beyond this, it is pretty vague and means all things to all people which is probably the only way it could have reached agreement in a polarised society bereft of trust. It is also designed to pretty much guarantee unification at some point in the future and has already a failsafe built in, in case the first attempt fails allowing further attempts to be made pretty much indefinitely but with a minimum of 7 years between each attempt.

To translate, it is a peace accord for dummies, to dangle the carrot of freedom and independence high enough that it can only be reached with the help of a healthy majority which will be easier achieved sooner the more generous we are towards the British partitionist but at the same time, guaranteeing it will happen at some point in the future as opinion dictates. In other words, nationalists can have independence sooner the more generous they are in reaching out to unionists.  At the same time, the more intransigent unionism is in delaying the inevitable, the greater the risk that nationalism will be less generous when the numbers are in their favour.

Step 1 – Agreeing the timing for the first border poll

Step 3 – Providing the supporters of each option, the opportunity to present their case to the electorate through televised debate as per Scottish referendum and Brexit referendums

Step 4 – Hold the referendum and assess the result. If the result fails the option is parked for a minimum of 7 years or until the next census supports a repeat, if it succeeds then unification happens as per the terms agreed

Step 1 – Agreeing the timing for the first border poll

Unless there is clear agreement to hold one before then, the 10 year census should be used to assess the mood of the population towards a border poll, the next being in 2021

Once the decision to hold a border poll is made, it must be taken seriously and the people must be given a clear and informed choice to make.

At this point, I believe it is not only fair but imperative that both states become involved in discussions to ensure the options put forward are realistic and conducive to the direction the two states are going in. This must involve public consultations and allow the people of both these islands who have an interest their say on the pros and cons of unification, fears and desires etc… These discussions should continue until there is a clear set of genuine proposals rubber stamped for validity by both states that the people can vote on as to whether they want unification as per the outline agreed of if they do not feel the proposals go far enough at this point and believe it should be deferred for another generation to decide on.

Steps 3 and 4 are self-explanatory

There is no way of knowing what proposals will be decided on, basically nationalism puts forward what it thinks should be acceptable to a majority and the people vote.

The following I hope will kick start this thinking but more debate is needed.

It is my opinion, despite the differences of opinion that brexit highlighted, that the relationship between the nations on these islands will remain strong and if anything get closer together going forward.  To consider England our enemy in 2016 is folly but at the same time, MI5 can have no further presence in Ireland. In order for MI5 to leave, I accept there can be no paramilitary groups in Ireland and this has to happen first.

There will be considerable savings for both states through unification.  The recent study showed a potential savings of 36 billion over 8 years and this has to be reflected in the proposals as well as the benefits of guaranteed peace and stability.

There are also unknowns over brexit so I will make the following assumptions.

I expect Scotland will likewise consider its historic relationship with England as well as geographic proximity, shared infrastructure and trade relationships to be worth saving and will not create a border within Britain especially after seeing the damage it caused in Ireland.  The exact same difficulties would I believe arise in Scotland.

England is currently discussing trade agreements throughout the world especially around commonwealth nations.

Let’s assume the UK is dissolved with a new relationship on these islands established.

Instead of the British isles implying Ireland is owned by Britain, they become the Anglo-Celt isles with a united and independent Ireland and an independent Scotland respecting the differences in opinion over brexit.

All would use Sterling and a new banking arrangement established with sterling shared over England, Scotland and Ireland with shares based on wealth.

While the nations would be sovereign to the most part, there would be an agreed federal union to ensure all of or economies remain strong in a global market and we have the best possible trade deals.

The Anglo-Celt union should extend trade and special relationships to other close nations including India, Australia, Canada, the United States, New Zealand, and South Africa among others.

The relationship with the EU should be based on this Anglo-Celt isles bloc which would maintain the common travel area of free movement within but should follow a points based means of controlling immigration in which should be open to the whole planet and no special treatment given to EU citizens.

First of all, the financial incentive.

£36 billion should be made available over an 8 year period to help with the rebuilding of our economy and to help the unification process. The money will be split between the two states and released at various stages based on the successful meeting of financial and social targets being met. If any group go against the will of the people there will be financial consequences for all. This money will not be given to the muppets at Stormont to squander, but to a team of experts chosen by London and Dublin with sufficient access to both states to implement with economic competence for the benefit of our people throughout these islands.

Another group should be setup to establish a new Irish national health service.  England is moving in one direction whereas the Irish NHS will more likely be closer to that in an independent Scotland and perhaps we could work together in preparing the ground work for a suitable system.

Likewise both Scotland and Ireland would have the freedom to reform their system of governance, parliaments etc… which do not have to follow the Westminster model which I don’t think suits either Scotland or Ireland.

The 12th July should become a national annual holiday in Ireland

Dissolution of the parades commission

No memorials for any active paramilitary organisation

Memorials for past tense (historic) paramilitary groups will be permitted

A revival of the project at the Maze including the sports stadium which should be opened with a weeklong Gareth brooks concert fulfilling his commitment to the Irish people when he was let down by Dublin. Preferably to be available to help with hosting the rugby world cup in Ireland

I think that is enough to start the ball rolling.

View all posts by Jude Collins →
‘ HISTORICAL LETTER FROM HISTORY IRELAND (May/June 2009)’ by Donal Kennedy
Daithígate: the best of times or the worst?

39 Responses to ‘A Roadmap for Irish Unification’ by Jessica McGrann