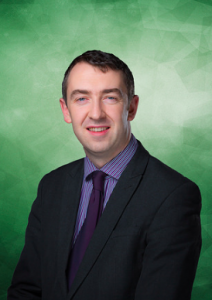 It may not fully live up to Brendan Behan’s dictum that the first item on the agenda of any republican organization is always the split, but it does show how those who’ve worked together can turn away and even become enemies. This morning the news comes that a Sinn Féin councillor and seventeen party activists have quit the party, in protest over the treatment of Daithí McKay and his replacement by Philip McGuigan.

It’s a classic case of the local and personal  in conflict with  the national and political. I expect if I were Daithí McKay or one of his active supporters in North Antrim, I’d be furious that my man had apparently been hung out to dry. Not just that, but that his replacement Philip McGuigan had been slotted into Daithí’s place without so much as by-your-leave.

On the other hand if I were a leader of Sinn Féin or one of its major strategists, I’d probably do what I thought was best for the  party. It’d be regrettable that someone with the talents of Daithí McKay had to be sacrificed, but the alternative would probably have offered a vista too appalling to contemplate. As for Daithí’s replacement by Philip McGuigan, the quicker it was done the better for the party: don’t forget,  Philip McGuigan had been a pioneer – the  pioneer –  in creating the considerable Sinn Féin support base in North Antrim.

It hurts when you feel you’ve given your all to a party and the response is treatment suggesting you’re unimportant or even dispensable. Few people can take that sort of wound and not cry out loud. But if you’re really concerned for the welfare of your political party and the goals that it pursues, you’ll clench your teeth and accept you’re not going to get keeping that star billing after all.

So to  the  unhappy dissenters, I’d suggest a question: Do you really think  that by yelling aloud in pain and nursing your grudge, you’ll help the party, move our society closer to the goals you and the party share?  You have a choice, guys: take the path that’s most likely to achieve the goals you say you’ve always worked for,  or take the path that gives precedence to your understandable sense of indignation.  What was that line about holding a grudge and aching for revenge? Ah yes: it’s like drinking the poison and hoping the other guy will die.

View all posts by Jude Collins →
MALA CODLATA, SAORSTAT EIREANN AND AN EXTREMELEY RUM PARLIAMENT by Donal Kennedy
NEUTRALITY, IRELAND AND THE LEAGUE OF NATIONS by Donal Kennedy

40 Responses to Daithí and the indignant eighteen