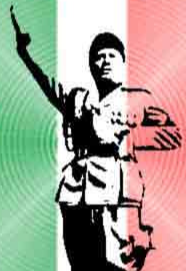 An article in “An Irishman’s Diary” by Mark Phelan in THE IRISH TIMES on August 25 and a letter arising from it by one Richard Pine yesterday (August 29) are of sufficient interest for  intelligent readers of this blog.
Mark Phelan recalled  addresses to the League of Nations by W.T. Cosgrave  and Eoin MacNeill in Geneva in  1923 concerning the Italian
bombardment and occupation of Corfu in defence of the League’s charter which purported to uphold the equality of member states and to
apply sanctions to aggressors.The Irishmen, a few months following their victory over their former friends in our Civil War sought to defend its
charter. Back in 1864 Britain, France Russia, Prussia and Austro-Hungary had, by the Treaty of London, promised to uphold Corfu’s perpetual
neutrality.
Writing from Corfu, Richard Pine condemns the League’s setting aside Corfu’s neutrality in its deliberations and describes Mussolini’s invasion
as “a forerunner of German aggressions against neutral countries in the second World War.”
However, Britain encouraged pre-Fascist Italy to invade Libya, part of the Ottoman Empire, which it did in 1910, but was unable to  swallow up until 1930, under Mussolini.Britain also encouraged Italy to annex territory from the Hapsburg Empire, but following the Great War double-crossed the Italians, keeping part of the coveted territory to create that other harbinger of stability, “Yugoslavia.” Italian anger over this was exploited by Mussolini, who seized power  in 1922.
By March 1916 the King of Greece was complaining that his neutral country had been invaded by British and French troops who had occupied “Salonica, Castellorizo, Corfu, Mitylene,Lemnos and Imnos, ‘without as much as a by your leave’ “. He further complained that he had tried to get a fair hearing in  the French and British press.
I wonder if he fared any better with newspapers in Dublin, Cork and Belfast?  My source is “The Christian Brothers’ History Of The Great War” first published in monthly instalments in 1914-1918 and reprinted by Athol Books, Belfast.
In 1932 Eamon de Valera addressed the League of Nations following the same honourable line as that of Cosgrave and MacNeill of 1932 . He demanded that the League apply sanctions to Japan which was annexing Manchuria. But Japan had been an ally of Britain and France in the Great War and the League was happy with her behaviour. In 1935, when Italy attacked Abyssinia, de Valera demanded League sanctions and even offered Irish troops to support joint action against the aggressor. Anthony Eden denounced de Valera as a firebrand, Winston Churchill praised Mussolini, and Italian troops and war materials passed through Britain’s jealously  held Suez Canal on the way to the rape of Abyssinia. Italian Catholics and Italian Jews sacrificed artifacts associated with the  the worship of God to help fund the aggression. And, back in Ireland, W.T.Cosgrave’s  Fine Gael condemned de Valera for not supporting “Catholic Italy.”

2 Responses to NEUTRALITY, IRELAND AND THE LEAGUE OF NATIONS by Donal Kennedy