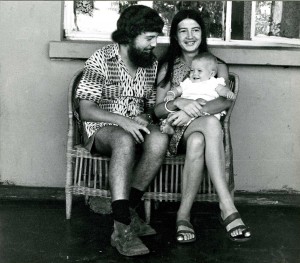 There was a collection in church today for the Scottish Catholic International Aid Fund (SCIAF). It is intended to relieve famine conditions which threaten 12million people in seven countries of Southern Africa. The El Nino weather phenomenon, one of the worst in 50 years, has caused intense drought in southern Africa that will have a “devastating” impact on the region’s food security, the UN warned on Friday.

Across large parts of South Africa, Zimbabwe, Malawi, Zambia, Mozambique, Botswana and Madagascar, the rainfall season has so far been the driest in the last 35 years.

Liz and I share an enduring love for Africa and its remarkable people; we worked in Zambia for three years in the early 70s and often visited neighbouring Malawi at holiday times. We were in the middle of a colonial, war zone with Southern Rhodesia, Moxambique, Zaire and Angola all sharing land borders with Zambia.

The late Dr Hastings Banda, the former Malawi Life President and Edinburgh Medical School graduate, has got a pretty bad press over the years and probably deservedly as his regime was perhaps the most repressive in Southern Africa. That said it was a newly liberated entity and some measures may have been considered necessary by Banda. He retained relations with Apartheid South Africa to the dismay of many but its markets and stores were well stocked. There was a moral dilemma and he chose to prioritise the welfare of his people. Nor would its citizens have endured anything as appalling as the murder and torture of thousands of the Kikiyu clan in British ruled Kenya – a suppression overseen and approved by Colonial Secretary, Winston Churchill.

Today, millions of helpless men, women and children are facing a certain, slow and lingering death under the African sun. The tremendous wealth of Britain and other European countries derived directly from the colonising of the whole continent of Africa. Many of us already know our obligations to the people there and many will respond generously to the current aid campaigns of a variety of NGOs.

For the sake of humanity, give all that you can.

One Response to OUR DUTY TO SOUTHERN AFRICA by John Patton