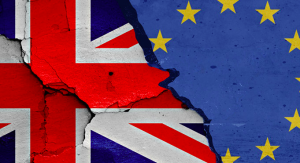 Conflicted probably best summarises my thoughts in the aftermath of the Brexit Vote. Given the trajectory of my political and social development , I should be unspeakably delighted that GB jumped off a cliff into the mire on June 23rd; the very public humiliation of a British Prime Minister at her first G20;  the disdain and unconcealed mirth at the cabinet appointments; in-fighting and division in the two principal,  political parties; the immediate loss of confidence in Sterling; the slowdown in retail sales and immediate reduction in house prices; the gloomy forecasts for the economy; most pertinently   the visible loss of international status. These are only some of the outcomes that I would have dearly yearned  for as a young man. And yet, living in Scotland among tolerant, socially conscious people, I cannot really  take joy from England’s catastrophe.

In 1961 when I was a student, working the summer holidays in England, a kindly, English landlady invited me to watch the Fourth Test against Australia at Headingly on TV.  It was with great difficulty that I concealed my delight when Richie Benaud demolished the English batting. In common with my peers, I cannot ever remember an occasion when we hoped that an English team or individual would be victorious.  Today it is somehow different because people like Andy Murray and Mo Farrah represent GB.

in a long piece about our relationship with England,  Fintan O’Toole argued this weekend that even a violent, nationalist revolution ‘left key aspects of the Anglo-Irish relationship intact’.    And , undoubtedly, he is right; the Irish are still despised by large sections of the English class system; the Easter Rising has not been forgotten as the first fissure in the glorious British Empire. O’Toole, of course, is representative of a vestigial , West Brit, anachronistic  group in the Dublin area which might welcome a return to Home Rule , at worst,  or possibly compromise on Commonwealth membership.

My political and cultural opinions were formed in partitioned Ireland where there was institutionalised discrimination in employment, housing , education and,  indeed, in nearly every aspect of the human experience where it was possible to legislate. Lardner-Burke, the notorious Rhodesian Justice Minister, responsible for the detention and  torture of  tens of thousands of Black nationalists, regretted that he had nothing on  statute that remotely  resembled the unfettered vigour  of the Special Powers’ Act in the Six Counties. I have been reading  Ringside Seats by Robert Ramsay, formerly a senior civil servant at Stormont.  He denies that it was ever any part of Government Policy to discriminate against the minority population, although he accepts that it is difficult to defend the actions of local authorities such as that which controlled  Derry.

All that said, my quiet satisfaction at the increasingly rapid decline of British power is offset by concern that it is the poor   who will , as always,  feel the immediate  sharp edge of a collapsing economy.  The people of Northern Ireland and Scotland voted overwhelmingly to remain part of the EU. It is a democratic absurdity that ring wing Tories at Westminster will enact legislation to remove us from Europe when Article 50 is finally triggered. In Scotland’s case, independence is now inevitable but what of Ireland?

I am not elated.

4 Responses to BREXIT VOTE – SHOULD I BE REJOICING? by John Patton