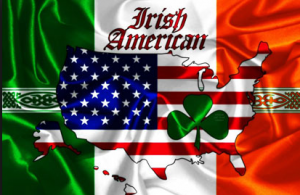 As always, such released Papers are of intense interest to historians, the media and all those concerned about the history of The Troubles in Northern Ireland. Not, of course, that the full truth is ever revealed by the British Government.

Fr. Sean Mc Manus—President of the Capitol Hill-based Irish National Caucus— whose life-long work always features in such Papers, said : “ This time the Papers are of particular interest for a two-fold reason : (1) they reveal how deeply worried the British Government was about our Mac Bride Principles campaign (which they accurately state is ‘ largely instigated by the Irish National Caucus’; and (2) the Papers reveal how the British Embassy penetrated and spied on Irish-American organizations.

One of the released papers, titled “Irish American Unity Conference [IAUC],” consists of a report dated October 10, 1985, by the British Embassy to the Head of the Civil Service in Northern Ireland, Ken Bloomfield. (Yes, the same Mr. Bloomfield, whom another released State Paper  exposed as outrageously stating  that the Catholics in West Belfast are “ alienated from normal civilized behavior.”). The Paper gives a Report on the IAUC meeting in Philadelphia, August 23-25, 1985, and explains how one of the IAUC Members, Steve Ryan,  monitoring the meeting was spying for the British Embassy. The Report lists a number of those present at the meeting, several members of Irish Northern Aid, and others, including  Bob Linnon who would become the president of the IAUC(1987-1995), and a Ms. Patricia O’Hagan,  Chairperson of the New York IAUC.

The Report exposes, “the IAUC’s … intense rivalry with Fr. Sean Mc Manus and the Irish National Caucus, ” and that “… the meeting revealed a deep hatred of Father Sean Mc Manus among the IAUC elite.”  The Report states Ms, O’Hagan, “declared she ‘hated’ McManus.’

When asked to comment, Fr. Mc Manus said: “I have a life-long policy of not responding to personal attacks. But I have to make an exception in this case as it is not really a personal attack but one gloried in, and  recorded by the British Embassy. It is sad and pathetic that at the height of the Mac Bride Principles campaign—which I initiated with Sean Mc Bride’s personal consent  and which I launched on November 5, 1984— that the Brits could report that another Irish organization was spending its time in attacking me. How absurd and traitorous is that!

I Do Not Take It Personally

Fr. Mc Manus explained: “However, I do not take all that stuff personally. My “feelings” are not hurt because on the Irish issue I don’t do feelings. I do analysis and discernment: because of my life-long experience and background, I can figure out from whence come the constant, systematic  attempts to sabotage my work. And it has ALWAYS come, one way or another, from the British Embassy,  and, at least in the early years, from the Irish Embassy. Thus it has always been. For example, I follow a rule of thumb, which is also a good religious principle: if one never had a personal confrontation or had personally offended a person, then an attack from such a person can never be “personal.” Something else is always behind it. In all my 44 years in America, and in all my Irish activity, I’ve never had a personal fight or a nasty confrontation with any person on the Irish issue. And even though I have received hundreds of thousands of letters, phone-calls an emails, not one person has ever outlined to me what they disagreed with in my work. And that is because no genuine Irish person could reasonably oppose the main pillars of my life’s work on Irish justice. However, any time anyone contacted me to make individual suggestions as to how I could do my work better, I always listened with great respect and attention. And I will always be eternally grateful for the huge and splendid individual and collective support I’ve received over all these years.”

Fr. Mc Manus continued: “Regarding Ms. O’Hagan: I had never heard of her and I’ve no idea who she is. Therefore, I know her attack was not personal. She was — willingly or unknowingly —used by one of the aforementioned Embassies. It also must not be forgotten that Denis Donaldson, a British Agent was later in the late 90’s placed in charge of the Irish Northern Aid Office in New York City. So for a crucial period, a British Agent was telling members of Irish Northern Aid and other Irish organizations what to believe and what to do. In fairness, it could be said Michael Flannery was probably too old to be held responsible, but the younger New York City Irish Northern Aid leaders and spoke persons, and those in charge of the Irish People newspaper, must surely accept some responsibility and blame. I know if I had placed a British Agent in charge of the office of the Irish National Caucus, I would never hear the end of it, nor should I.”

Fr. Mc Manus concluded: “However, in all of this pathetic stuff, the central issue is: By what right and under what law is the British Embassy — or, indeed, the Irish Embassy— entitled to spy on Americans who are exercising their Constitutional rights? What has the State Department to say about this? What if the Soviet/Russian or China embassies were spying and recruiting spies in the United States, would the State Department be silent?”