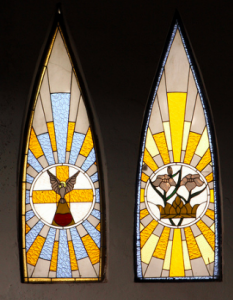 In light of the teaching of Pope Francis on the Care of Creation and on Mercy and Justice, we who claim to be Catholic and Christian in Ireland need to ask some serious questions about the kind of religion that is practiced and preached in Ireland – a country that is nominally Catholic and still claims allegiance to the Pope. In my view, it is often the kind of religion condemned by the prophets and by Jesus because it most often divorces ritual worship from the practice of justice.(Is1:11-17,58:1-12, Amos 5:21-24.) It is lacking any real experience of God. To work for justice is to experience God.

The Irish church for the most part paid lip-service to the Pope’s encyclical ‘Laudato Si –On Care for our Common Home’, published in June 2015.  It seems to me that most Irish Catholics who still ‘practice’ are living out their Christian faith on a superficial level and are being allowed and even encouraged to do so by the bishops and clergy. Though over fifty per cent have walked away from the practice of their faith  many who continue ‘practicing’ go through the motions by attending church on a regular basis but with no awareness or commitment to the common good, to fighting injustice and fighting against the destruction of the planet. They are not moved by the radical call of the Gospel to repent and live out the good news. The Irish people initially accepted the message of Christ because it spoke to them about solidarity and freedom and justice and powerlessness. It would appear that this no longer appeals to them because they do not hear it nor do they feel it is relevant to them.

Where is the strong solidarity with the oppressed and the poor that the Gospel calls for? Is it only in those few places you could count on the fingers of one hand?

How many Catholic parishes are doing anything for refugees?

What has the Catholic Church to say about racism still prevalent in Irish society?

What has the Catholic Church to say about the British media in Ireland and the racism of that media?

Where is the mercy that Jesus talked so much about and that Pope Francis keeps reminding us about?

Where is the real concern for justice and equality in our country and in our world?

Is it enough to throw a few pounds in the Trocaire collection once a year?

Is it enough to join in Rosary and Eucharistic adoration? Is that what following Christ is all about?

Is it enough to go to Mass once a year when the child is making First Communion or receiving Confirmation? What kind of example is that for children?

Is it enough for those who still go to Mass every week to ignore injustice and repression and the pollution of the earth for the rest of the week?

Is it satisfactory to continue to pray the way we learned at school in an infantile, individualistic selfish way?

What kind of celebration of the Sacrament of Penance is it when most often those who still go are concerned about the number of times they cursed or had bad thoughts?

What are all the trips to Medjegorie achieving for the renewal of the Irish Church?

Is the Catholic religion in Ireland about conforming to some glorious past that we read about in the right-wing publication called ‘Alive’? Why do the Irish bishops allow this nonsense to be dumped at the back of every church in the country?

Why has the Catholic Church in Ireland become an upholder of the ultra-conservative political and economic status quo?

What did Christ call for most often?

Where is the radical preaching?

Where is the edge in our religious preaching and teaching? Is it just about being ‘nice’ and peaceful? Where is the sense of outrage about the way people are being treated by government and banks?

How much do we care about the homeless in our cities and towns – apart from the good work of people like Peter McVerry, Sister Stanislaus Kennedy and Brother Kevin? Are these the only true witnesses of Christ in Ireland today?

What are we Catholics doing about the children who go hungry every day?

Is the level of caring reflected in the kind of politicians that are elected by ‘good Catholics’?

What does that say about our concern for the poor and for creation?

Would Christ on the Cross be impressed with our lip service to him?

Would he be angry with what we have done to the new Way he brought about 2000 years ago?

Where is the radical faith that he praised in some of the people he met?

Why is the Word of God as expressed by Jesus not taken too seriously in Ireland nowadays?

What would he have to say to bishops and us priests who profess to be Christian leaders and preachers of his radical message?

Would he be happy with the kind of stuff that is trotted out every Sunday? Would he be outraged?

View all posts by Jude Collins →
﻿﻿THE TROWEL
‘Revisionist myth, propaganda and fabrication’ by Manus O’Riordan

18 Responses to ‘Catholicism in Ireland today?’ by Joe McVeigh