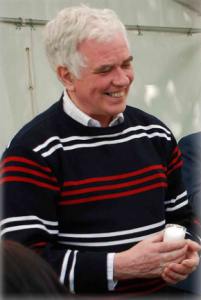 I was listening to Fr Peter McVerry SJ being interviewed on RTE radio yesterday (2 Sept). He was talking about the homeless situation in Dublin where there are now more than 2000 children homeless, many living in hostels and hotels. This is a serious indictment of Enda Kenny and his Fine Gael tribe who have allowed this to happen. The situation is getting worse and the government does not care. Every  day Peter McVerry gets more and more requests from people who are homeless and in distress. I could hear his anger and frustration. One thinks that the Catholic church in Dublin could do more, instead of leaving it all to Peter and Sr Stan and Brother Kevin.

During the afternoon programme on RTE radio a woman who was from another country phoned in to say that she had nowhere to stay that night and she had two children. Fr Peter quickly assured her that he would do what he could and before the end of the programme it was announced that they had found a place for her to stay. I do not know if it was for the night or for good.

Towards the end of the interview Fr Peter was asked if a socialist system would be better. His reply was interesting. Socialist systems in Eastern Europe were a disaster because they did not respect the dignity of the human person. They all collapsed when the people rebelled. But surely the capitalist system is also a disaster? Well, capitalism does not respect the dignity of the human person either –otherwise, we would not have homeless people in  Ireland. Fr Peter said that having a home was a basic human right for every person. He proposed that the Catholic Church’s Social Teaching offered a third way which put the human person first. Catholic Social Teaching is the Church’s ‘best kept secret’. Is it because the Bishops are afraid to confront the government, as Peter McVerry is doing constantly, that it is the best kept secret?

It is indeed a challenge for all who would describe themselves not just as followers but as disciples.