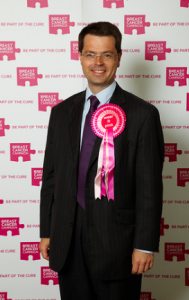 It appears that our very-necessary Secretary of State, James Brokenshire, has been or is moving around, consulting with all sorts of people about the past. Except one  – loyalists.

If this is true then it’s very regrettable. To say that the actions of loyalists played a major part in the recent conflict is like saying there’s apple in apple pie. Clearly their testimony would be highly important in any mapping of the past.

There are two catches, apparently, in this matter. The first is that the DUP would claim to speak for loyalist communities, so there’s no need to have direct loyalist input to Brokenshire. This, I imagine, would be met with some protest from the PUP, who see the DUP as frauds not really in touch with the unionist working-class. So that’s catch No 1: who speaks for loyalism?

The second catch is, if loyalist paramilitaries like the UDA or the UVF are permitted to speak for loyalism, that would amount to outlawed groups communicating directly with James Brokenshire. And while we’re on the subject, weren’t the UDA and the UVF  supposed to have quit the scene years ago? A non-existent organization can hardly give testimony.

Mr Brokenshire may well have explained what he’ll do when he has conducted all these consultations – it’s just that I haven’t heard what that’ll be. Will the families of victims gain the truth or even justice as a result of talking to the SOS? Or will they feel, like the Ballymurphy families, that talking to Brokenshire is a waste of time?

At the same time,  don’t let’s underestimate James Brokenshire or the British government. By going around consulting, gathering the threads together, Brokenshire is playing the age-old British role of referee/facilitator. Left to themselves, these crazy Irish tribes would tear each other apart. Thanks be to God Britain is and always has been available,  trying to bring peace between two savage groups during the conflict and now trying to gather information about the damage that one lot may have done to the other during the conflict.

This may or may not be helpful to the people affected. But it certainly will behelpful to the British government, because it makes them near as dammit invisible. If you’re the one collecting the information, taking soundings, then you’re the one party that won’t be asked to provide information yourself. And if there’s one thing that the British government is very good at doing, it’s not providing information. Ask the Finucane family. Ask the Bloody Sunday families. Ask the Ballymurphy families.

Was there ever a man more aptly named than Mr Brokenshire?

5 Responses to James Brokenshire and his important role