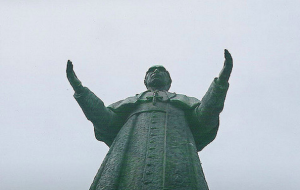 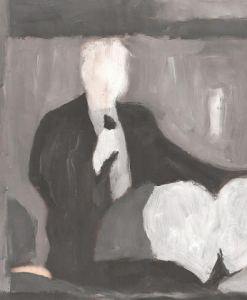 I was on Shannonside/Northern Sound radio today on the Joe Finnegan Show. It is a very popular radio show and that is why I accepted the invitation to take part. He was interviewing me about the Border Communities Against Brexit rallies on Saturday 8 October at various places along the border. I was asked by a number of local people from various backgrounds to act as spokesperson for the Fermanagh group. During the radio interview Joe Finnegan decided to make me the story rather than Brexit. He remarked that I was known as a ‘political priest’-and there were not too many of those around. I suppose he meant there have not been as many outspoken as I have been over the years about justice issues relating to the northern conflict. He asked me if I was involved in the Anti-Brexit campaign for pastoral or political reasons. His question took me unawares. I said that I was involved primarily for pastoral reasons and because for me it is a human rights issue since most of the people in the north voted to Remain in the EU and I believed that their wish should be respected. I added that it is indeed a political issue as well.

I do not really like when I become the story -rather than the messenger about the issue. After the interview Joe’s question made me think about how I, as a priest, am perceived and how I understand my own role as a priest campaigning on justice issues. I know, from long experience, that people on all sides of the religious divide have confused my roles. I have been accused of being politically partisan when I have taken up justice issues relating to the prisoners or relating to border roads etc. My primary concern has always been and still is justice and human rights. It is about upholding the dignity of human persons and it is about defending communities under attack especially from governments. That concern is central to Church teaching and has been very central in the teaching of Pope Francis. I think that as a priest I am obliged to take on these issues. I have often said that those who remain silent are also being political. By their silence, they are accepting the status quo. It is a great pity that more priests are not speaking out on justice issues. I have always admired Fr Des Wilson for taking a stand against injustice. I admire Fr Peter McVerry for his stance on homelessness and injustice. I am always ready to take on injustice wherever I see it. I am ready to stick my neck out and suffer the consequences. That’s what the gospel is about and that is what priests, in my view, are expected to do. They are called to be witnesses and to speak the truth. If that is seen as political so be it. The truth is the most important and speaking out on behalf of the people is a duty – not an option.

I have learned much from the example of Des Wilson and from another priest who died this year,  Fr Daniel Berrigan,  about the role of the priest in the world of today. I am inspired by the witness of priests like Oscar Romero and Jerzy Popieluszko and many others who gave their lives in the cause of justice and truth. I regard Martin Luther King Jnr as a martyr in the cause of justice. If these priests had kept quiet they would not have been killed but they had a conscience and they had courage. I have aspired to emulate these priests. If I am questioned or labelled because of this stance, that is part of the cost of discipleship.

View all posts by Jude Collins →
A tale of two names
Orange Order march at Ardoyne shops: everybody wins?

16 Responses to ‘Pastoral or Political?’ by Joe McVeigh