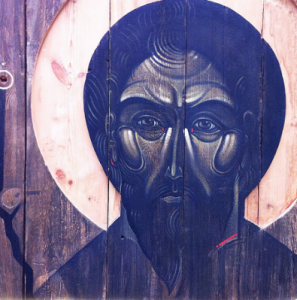 I’m pretty sure I know many saints and that if you look around you know many too. From all backgrounds, many religious beliefs and none. Open-hearted, generous minded, helpful to their neighbours, courageous, even heroic when stricken with illness or looking after others suffering affliction. Cheerful and humorous. I don’t think many of them “are seeking first the Kingdom of Heaven”for they are altruistic and not “after the main chance” in this world or whatever follows it.

It seems strange to me that in the nine centuries or so since canonisation became the prerogatives of Popes that the few Irish people canonised were all virgins, all men and all Archbishops. St Malachi, St Laurence O’Toole, in the 12th Century and, after a long wait St Oliver Plunkett in the 20th nearly 300 years after he was murdered at Tyburn following a trial in which perjury was central to the prosecution case. It’s as if Rome sang “Don’t Let’s Be Beastly to The Brits” and daren’t recognise the martyrdom of the Primate of All Ireland at the hands of the English.
Great numbers of people were killed in the Spanish Civil War, civilians and combatants ,after the Revolting General Franco, aided by his revolting friends, unleashed war on the Spanish people and their elected Government. A learned, holy but silly Priest, who admired Franco, once told my class that Franco “only shot Communists.” I don’t think he was deliberately misinforming us, but the assumption that Communists forfeit their right to life is pretty monstrous. In fact Franco was a merciless and vindictive murderer of men, women and children, who murdered countless prisoners whose graves have no headstones nor other memorials. His revolting friends included Hitler and Mussolini and, many prominent Churchmen.
During the conflict the Republicans also executed prisoners. One of them Anselmo  Polanca y Fontecha, was Archbishop of Teruel where a huge battle with scores of thousands of casualties raged from Christmas 1937 for a couple of months. The Archbishop was captured by the
Republicans some time in 1938 and shot after being a prisoner for 13 months. I don’t think he was drawn and quartered like Archbishop Plunkett. He only had to wait 55 years to be formally canonized a Saint.
I have no evidence to suggest the Archbishop was not a Saint, but I suspect a great many persons equally worthy of canonisation fell to Franco’s death squads during his squalid tyrannical reign.The accession of Franco’s revolting friend, Adolf Hitler, to power in Germany, was celebrated in an Editorial in THE IRISH TIMES in March 1933.
The same paper, in February that same year warned Irish voters not to vote for Fianna Fail. Fianna Fail had depended on Labour support the previous year. That year Fianna Fail won an overall majority, securing 77 Dail Seats, called by their supporters “the MAGIC NUMBER”

View all posts by Jude Collins →
BREXIT VOTE – SHOULD I BE REJOICING? by John Patton
THE TRAGIC STORY OF THE O’HAGAN FAMILY, CO TYRONE by Joe McVeigh

2 Responses to SAINTS by Donal Kennedy