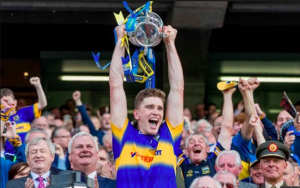 I watched the All-Ireland Hurling Final on TV last Sunday and I’m still trying to process what I saw and heard. Here are a few thoughts it has provoked so far.

View all posts by Jude Collins →
‘We need a Truth Recovery Process’  by Joe McVeigh
And now, from BBC NI, here are today’s Irish League results…