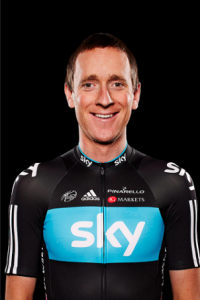 As of today, Tuesday 27th September, the day after David Brailsford’s (Team SKY’s boss) embarrassing and unconvincing interview in which he attempted to douse the flames of accusation surrounding Team Sky – the BBC is still sticking to its mantra of
“There is no suggestion any of the athletes named have broken anti-doping rules”.
http://www.bbc.co.uk/sport/cycling/37482568
As to whether that statement is due to deference to the two knights of the realm embroiled in the controversy or personal relationships  it is difficult to say, but the statement would definitely need a very large dose of credibility injected into it –  to help it stand up unassisted.(Is there a TUE for that?)
What we can say with a high degree of certainty is that a performance-enhancing drug was given by Team Sky to Bradley Wiggins on the eve of 3 important races and that was only made public when  the hacking group, Fancy Bears, released hitherto unseen medical files.
Amidst the contradictory statements by Brailsford and Wiggins regarding the latter’s health at the time of the injections and the risible claims by Brailsford suggesting he didn’t know the substances administered to Wiggins were performance enhancing – David Walsh (from the Times) the scourge of cycling dopers  summarises bluntly:
“Bradley Wiggins’ 2012 Tour de France win has been tainted”.
What the implications for the medals and awards accumulated by Team SKY are, remains to be seen, but from a cycling perspective, it is likely that those seeking to bypass the rules on performance enhancing substances will have to find another way of doing so rather than under the cover of (alleged) illnesses. And we can thank the Fancy Bears for that, even if it was achieved illegally.