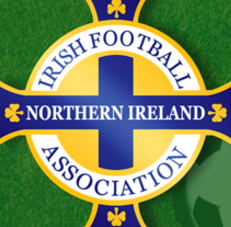 It’s odd the things people don’t like talking about. As often as not they’re important things, central to an issue; only the more central they are, the more people resent them being raised.

A good example was today, when I was on Radio Ulster/Raidio Uladh’s TalkBack programme. Long tall Joe Lindsay was my jousting partner, with William Crawley in the umpire’s chair; and while the debate was lively,   the temperature spiked noticeably when someone rang in and wanted to know why Derry City games weren’t televised.

William asked me to respond, so I suggested that the reason maybe was that Derry City are in the League of Ireland, the south’s league, rather than the Irish League, the north’s league. (Yes I know , Victoria – more Gilbert and Sullivan material there). But it was when I went on to comment that Derry City’s position in the League of Ireland linked  to the spectre of sectarianism which has haunted the IFA for many years, that feelings spiked.

William didn’t howl but he pointed out that it was only ten minutes into the discussion and I’d mentioned the s-word. I can’t remember how Joe responded but George from the Shankill, who phones in to TalkBack with amazing frequency came on the line to reprimand me for having suggested the iFA was sectarian, when I didn’t know who’d won the three major trophies in the last soccer season governed by the IFA. Get the idea?  Since you don’t know the answer to my pub-quiz question, you don’t know what you’re talking about and you’re introducing sectarianism into the discussion and you don’t even go to Irish League games.

There was more of the same on Twitter  this afternoon – stout Ulstermen calling me for as many names as their limited vocabularies allowed, with old, sectarian and bigot  high on the list.

Personally I’ve always followed Oscar Wilde’s contention that there is only one thing worse than being talked about and that’s not being talked about. However, it’s impressive the number of people who, when you raise a matter such as sectarianism, immediately label you sectarian and bigoted for so doing. It’s probably Heaney’s famous “Whatever you say, say nothing” in action. Don’t be raising such an unsightly topic, that’s got nothing to do with Football in this Country.

Ah sure, God be with the old days, when taigs kept their traps shut and opened them only to cheer on our wee team.

View all posts by Jude Collins →
Daithígate: the best of times or the worst?
Scottish independence: dead in the oil and water?