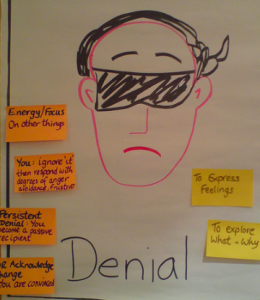 While republicans and nationalists have many times expressed regret for the hurt caused to Unionists and the unionist community during the conflict, Unionists seem to have great difficulty reciprocating. They seem to have difficulty in understanding the pain caused by unionism to the nationalist/republican community- not just during the conflict but since Partition when the Orange state was established. They often resort to ‘whataboutery’. When the recent film about the hunger strike was released some unionist victims decided to organise a counter meeting to protest that they also suffered as a result of the conflict.

Unionists often blame republicans for all the trouble in their wee country and show no understanding of just how angry and disgusted  northern nationalists and republicans were in 1968 when they joined together to organise the civil rights marches. Unionists do not seem to understand why, in 1981, nationalists and republicans joined together in solidarity with the prisoners to elect Bobby Sands as MP for Fermanagh/South Tyrone.

In 1981 it was more than ten years after the Civil Rights Movement took to the streets for basic civil rights and sixty years after the partition of Ireland which denied the Irish people their right to national self-determination and imprisoned nationalists in the six county Orange statelet. It was ten years after the murder of 13 civilians on the streets of Derry on Bloody Sunday in 1972 which the British lied about. It was in the context on an ongoing campaign of murder of Catholics and the intimidation and harassment of republicans that many felt it necessary to vote for a prisoner in Long Kesh who was nominated in the Fermanagh/South Tyrone constituency.

In the years since the Civil Rights movement began marching in 1968, there had been no meaningful reform, no legislation for equality, no recognition of Nationalist rights. The British government, instead of seeking a political solution that involved all parties to the conflict went all out for a military solution. Part of that strategy was to lock up as many republicans as they could find while undermining all local initiatives and non-violent movements for justice. They relentlessly pursued a strategy of defeating republicanism.

Nationalists and republicans in Fermanagh/South Tyrone chose to answer 60 years of Unionist misrule and British intransigence and repression by going out to vote for a republican prisoner, Bobby Sands. The British intransigence was especially evident in the arrogance of Margaret Thatcher’s attitude to Ireland and to Ireland’s leaders in the state and in the Catholic Church. By 1981, Irish nationalism had their fill of British arrogance and wanted to send her a clear message, not just about the prisoners in Long Kesh and Armagh but about all their deeply felt grievances in that part of Ireland they claimed to control.

When unionists grasp this reality and the context in which that election took place and the context in which the IRA campaign began and continued for so long then we will be able to move forward as a people respecting one another’s experiences. Then together we can create the new Ireland where people of all religions and none can work for the good of all and live together in peace and harmony.

When the admission of responsibility takes place as part of the ongoing peace process Ireland will become a real example of how bitter conflicts can be resolved by honesty, dialogue and mutual respect. On many occasions unionists have failed to show honesty in relation to the oppression of nationalists and have refused to take responsibility for bringing about the conflict in the first place.

Most nationalists and republicans are satisfied that with the signing of the Good Friday Agreement their grievances were tackled and implicitly admitted by the British government. The Saville Report on Bloody Sunday was further evidence that, at last, the British government was beginning to face up to its responsibility for the past and for its destructive role in Ireland. They have yet to repair the disastrous decision to partition the island of Ireland in 1920.

Meanwhile unionist leaders could aid the process of reconciliation by accepting their responsibility for creating and maintaining a repressive regime in the six counties until it came crashing down. They could sometimes recognise the pain and hurt they caused in the past to the nationalist community.

The Assembly at Stormont is a constructive interim solution for a deeply divided society but it is by no means the final or an adequate solution to right the wrongs of the past and to restore Irish sovereignty to the Irish people as a whole. Only when Ireland’s right to nationhood and self-determination is recognised and enshrined in international law will there be a real foundation for lasting peace on this island.

View all posts by Jude Collins →
Scottish independence: dead in the oil and water?
Apres Match’s take on the Irish League ( you gotta laugh)…