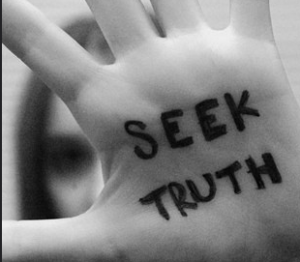 The British government has yet to take full responsibility for its’ devious political and military activities in Ireland. It has often been suggested, especially in academic and media circles, that the issue in the north of Ireland is that the people living here, the ‘Taigs’ and the ‘Prods’, have to learn ‘to live together’. It is my contention that the real issue is that they must be allowed to live together and this is unlikely while the British government refuses to reveal the state papers relating to many of its activities including the Dublin/Monaghan bombings.

Our history shows the malign influence of the institutions of the British and unionist governments and secret societies that kept the people apart, using discrimination, intimidation and murder. Throughout our history whenever Catholics and Protestants came together somebody was sure to put a spanner in the works. The classic colonial tactic of divide and conquer was clearly at work. The British acted in Ireland, as they did in all their colonies, pitting one section of the population against the other and then pretending to be ‘piggy in the middle.’

In 1932, when the two traditions in Belfast came together to campaign for better work and pay conditions they were soon set at each others throats by malevolent forces in the background. This is well documented in the late Paddy Devlin’s book, ‘Yes, We Have No Bananas’. It was another classic example of ‘divide and conquer.’

The first requirement in a truth recovery process is to analyse the British government’s malign role in Ireland over many years in fomenting division and instigating the killing of Catholics and the bombing of towns in the 26 counties during the 1970s, 1980s and 1990s.

Anne Cadwallader’s book ‘Lethal Allies’ exposes some of their malign influence and shows that there is another narrative about the so-called Troubles that we have not heard too much about in the media. With the information becoming available in books like ‘Lethal Allies’, Brian MacDonald’s  ‘The Pitchfork Killings’, and the RFJ’s ‘The Cappagh Killings’, it is now possible to see more clearly the extent of the British government’s  role in fomenting violence in Ireland. It had been outlined early on by Brigadier Frank Kitson in his ‘Low Intensity Operations’.

The British army was sent to Ireland to suppress a rebellion by the Irish nationalists and was, as Kitson outlined, prepared to use any means necessary to do this, including shoot to kill and the use of agents and collusion with loyalist paramilitaries. Frank Kitson was appointed a Commander in the Belfast area in September 1970.

The Kitson strategy began to be implemented in 1970, with the planning of a new British offensive that was code-named ‘Operation Motorman’. This new strategy included an injection of massive force, the prorogation of Stormont (so that political and military decision-making would rest entirely in London), legal immunity for soldiers involved in killing of civilians, the distortion of truth through the development of the British army press corps at Lisburn and the very deliberate stoking of sectarian tensions so that Britain could portray its role to the world as ‘keeping the warring factions apart’.

This excerpt from History Ireland magazine (Jan/Feb 2014), is a summary of his role: One of the units under his command, 1 Para, was nicknamed ‘Kitson’s private army’ and had a reputation even in the British Army for being thuggish, but its role in the killing and wounding of a large number of civilians in Ballymurphy in July 1971 and Derry’s Bloody Sunday in January 1972 earned it even official British condemnation for being ‘reckless’ and ‘out of control’. The MRF was based at Kitson’s headquarters in Palace Barracks outside Belfast. In April 1972, within a few weeks of Bloody Sunday and his receipt of a CBE for his service in Northern Ireland, Brigadier Kitson returned to England to head the Infantry School at Warminster. It was a sideways promotion. According to Douglas Hurd’s memoir, the new secretary of state for Northern Ireland, William Whitelaw, saw Irish unity as the solution to the Northern Ireland problem. Kitson’s removal was a confidence-building signal to nationalists that Whitelaw’s approach would be focused on the political options, including negotiation with the Provisional IRA. Equally, it gave Kitson the opportunity to train and indoctrinate a new generation of British soldiers in his counterinsurgency framework.

It was also in the context of the Kitson strategy that, in October1972, the ritual murder of Michael Naan and Andrew Murray was carried out near Newtownbutler. It was part of a special SAS led operation, intended to strike fear in the local community, terrifying both Catholics and Protestants. It was as part of this policy that we have to re-examine the emergence of the UDA as a surrogate force that was armed and controlled by British intelligence. This ‘sectarianising’ of the conflict was essential if Britain was to convince international opinion and opinion south of the border that it was a neutral player intent only on ‘restoring the peace’.

There is ample evidence that members of the RUC, the British army and the local UDR openly colluded with loyalist death squads in killing republicans and innocent Catholics. They went after high profile solicitors like Pat Finucane, Rosemary Nelson and others. They targeted GAA officials and other prominent nationalists.

‘Lethal Allies’ shows that the entire edifice that supported the British lie that they were ‘peace-keepers’ is not sustainable. Thanks to the assiduous research of Anne Cadwallader, the Pat Finucane Centre, Relatives for Justice another narrative is emerging. The Dublin media –the Irish Independent, RTE and the Irish Times – simply do not want to hear that it got it wrong for so many years and that it is still getting it wrong.

The truth about Britain’s role in the conflict needs to be fully exposed. Too often it is shoved under the carpet with the focus almost entirely on republican violence. That one-sided focus only helps to prolong the hurt and frustration. Sooner rather than later, the British government must make all the relevant information and state papers available. This is a necessary part of building the peace and of ensuring that a violent conflict never returns to this island.