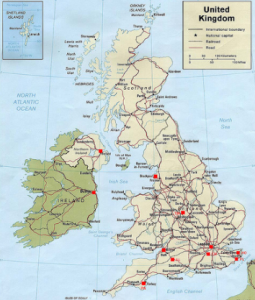 I do not often buy the NewsLetter but I must confess that I did on Saturday to find out what Arlene Foster, the First Minister, was saying about Brexit. The front page headline drew my attention; “No Passport Controls After Brexit; Foster Vows”. Then inside there was an interview of sorts with her by Sam McBride which I am sure was meant to reassure the party faithful that Brexit would not disadvantage them in any way. In fact, according to Arlene, Brexit would mean a net benefit in economic terms. She also added, to keep everyone in her party happy, that there definitely would be no passport controls for travellers to Scotland or England.

She also ruled out a hard border with the south telling us it would be impossible in Fermanagh where there are so many minor roads leading to Monaghan and Cavan. I well remember when all of these roads were blocked and when only a few were left open and the British army spent millions building huge checkpoints. People and vehicles were checked every time crossing the border. I remember being held for hours many a time while vindictive British soldiers and the RUC searched my car. It was all about intimidation. Removing everything from the car and after searching around leaving me to replace everything. Could this happen again? Of course it could. The fact is that Arlene Foster has no control over that decision.

There was also an Editorial in the NewsLetter telling readers that ‘It’s time the will of the people was respected over Brexit vote.” I immediately thought that is an interesting headline for the NewsLetter. It is more likely to be a headline in An Phoblacht. But alas the ‘majority’ that the editor, Alistair Bush, was referring to was the UK majority which he informed us was 17,410,742 for Leave to 16,141,241 for Remain. That, he says, is 52% to 48% which, of course, it is – if you accept that we and the Scots should be lumped in with the UK.

Now the editor, Mr Bush, did not mention the 56% vote in the northern six counties of Ireland to Remain nor did he refer to the majority ‘Remain’ vote in Scotland. The Scots do not intend to accept the UK (England&Wales) vote to Leave nor should we in the north of Ireland. It does not make sense. In fact it makes non sense for both countries. Ireland’s economy depends on being tied into the EU and tied to the economy of the south. There is no real advantage in being tied to the UK economy. There are diehard unionist economists who would argue differently but I am not convinced. It would make much more sense if the north remained in the EU along with the southern 26 counties. Ireland would still trade with England, Scotland and Wales.

The United Kingdom is now a Disunited kingdom. It is disintegrating before our eyes and will continue to disintegrate. It is time for the unionists to seek a better deal for their own constituency and for all the people in the north, especially the farming and business community by looking to Dublin rather than to London as the place where their interests will be best protected.

A caller to a radio show the other day reminded us that the population of the north makes up 3 per cent of the total UK population which if my figures are correct would make the unionist population in the north less than 2% of the UK population. It is so small that it is no wonder Unionists carry so little weight in Westminster or in Downing St. It set me thinking that if Unionists were to opt instead for a parliament in Dublin they would make up almost 25 per cent of the population which would mean they would have much more say and much more power especially in a future coalition with either Fine Gael or Fianna Fail. I cannot see Arlene going into a voluntary coalition with Sinn Fein –but you never know. It would surely be a smart move if the Unionists were to make a move in that direction. Will it happen? Anything is possible after Dr Paisley’s change of heart.