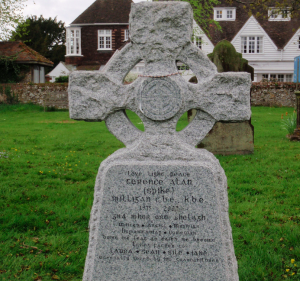 There is a recent phenomenon called the ‘Evil Clown ’ which has caused a whole lot of upset and even driven that Super-Mac of Malevolence, Ronald McDonald into taking a hasty Sabbatical.

Unfortunately, this is a phenomenon which is not at all recent in the Free Southern Stateen. It concerns a clown of the low mass communications industry who appears on the Sabbath and alas, is never in the slightest danger of being compelled to take a Sabbatical.

In fairness, going backsideways, one cannot help reading this clown’s column without being reminded of S. Milligan. (See below)

The court jester who fulfills this role with no little relish in the Sindo recently came up with this title in that malfunctioning Organ of Rex Accord:

“Love/Hate feeling for the Gaeilge, minus the love.”

There is a profound silence on the part of what might be called the Irish intelligentsia and others in the ‘Arts’ who astonishingly seem to accept the officially sponsored line on Compulsory Irish, to live with the lie in general.

This of course is a loy, a little loy, a juvenile jest which our Playboy of the West British World, our jester in cap and bells which, ar ndoigh/ of course, utilises as his stock in trade when it comes to dealing with what he calls, ‘The Big Lie that is Irish’, or to be more precise, and in keeping with his Southern Yune view: ‘The Big Lie that is Leprechaun’.

As the straight-faced foil of the jester might put it, he who functions, as it were, in TUT as his o’ tool or sounding board: Of the truthiness, truthy.

There is a song in Leprechaun called Amhrán na mBréag / The Song of Lies, which is a genre common to many languages and which is not entirely inapropos the, erm, poppycock which is this clown’s stock in trade:

To translate that Erse verse into this slice of supposed prose of the German Q’s English:

A water-hen crooning and blowing a trumpet/ A fox on the hearth and a cricket barking.

(The following two lines were rejected on the basis of being too phantasmagoric:

– I saw a rag with the following – two words / Sunday and Independent – too absurd.

Mais revenons a nos moutons / But, let us return to the sheep-like bleating in q.

There is a profound silence on the part of what might be called the Irish intelligentsia and others in the ‘Arts’.

It is necessary only to consider one element of the ‘Arts’ here – specifically, the theatre, to realise the comic depths of this buffoonery or eejitry as its author would prefer: three examples of which will suffice, dealing with, as it happens, the top three theatres in the country, more or lissome:

(Compulsory English / Mandatory Majesty-speak is safe in the Motely Land on Liffeyside !)

Only one with a heart of stone could forbear, not unlike O.Wilde who, on first reading the death of Little Nell, outburst into uproarious laughter.

( The clue may be in her foreshortened first name: Gary, short for (gulp) Gearoidin.)

That it should happen during the rule of Fine Gael is perhaps not entirely inapt? For whom the PC Know Nothings tend to vote although Fianna Fail Better are not too badly supported too by the same cohort. The KNs made it a point of principle to pronounce Fine to rhyme with Wine (even if the dregs are not quite what is on that which they are pleased to call their ‘mind’).

This is peculiar: for they have no problem – take, say, Liverpool FC fanatic (sick, oops, sic) , Dec ‘The Neck’ Lynch, as a not atypical example – with pronouncing a Cockney word which has the identical sound as Fine in the Leprechaun:

To conclude with the above reference to S. Milligan:

S. Milligan’s corpse, clad only in a pair of stockings and suspenders, was found suspended with an electrical flex tied tightly around his neck, with a black bin liner over his head and an orange in his mouth.

An orange ? Even though there is no mention of (gulp) a crooked mouth. A black bin liner such as makes perhaps the least inappropriate container for the Sunday (gulp) Independent?

That would be, of course, Stephen Milligan, a Tory MP and former (gasp) hack with the Sunday Times. The coroner’s report in 1994 mentioned A.A. as a probable cause of death.

A.A., while it stands for Aggressive Anglophilia, in this instance stands or rather suspends for :

There is a hedge school of political thought which holds that the industrial-strength dissing by uber- Irish hacks, aka Aggressive Anglophilia, of the Leprechaun might well be an early warning system of (gasp) Autoerotic Asphyxiation.

Funnily enough (in the funny fun sense) the headstone of S. Milligan in London is etched in Leprechaun:

For the benefit of DL (!) and other indefatigable Know Nothings of the Puckoon School of Buffoonery, not, this translates as:

That would be, ar ndoigh/ of course, the headstone of Spike Milligan.

3 Responses to HANG, DOG AND GNAW BONE by Perkin Warbeck