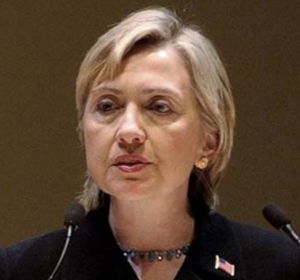 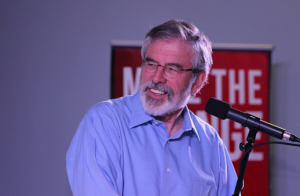 Comparisons between Hillary Clinton and Gerry Adams aren’t at first glance, terribly easy to spot. But thanks to the FBI’s latest statement on Hillary’s emails, the similarities become clearer.

Whatever your opinion of Hillary as a person and/or as a politician, it is undeniable that the right in America have made every conceivable charge against her and her husband Bill – and failed. Since Bill was elected in Arkansas, and more particularly when he was US President, the right was unrelenting in its attempts to destroy him politically.

Who does that remind you of? Correct first time, Virginia – Gerry Adams. Few figures in Irish public life have been accused of more crimes; few politicians have been subjected to such unremitting assaults from opponents and their proxies in the state.

All, alas, in vain. A few years back, Adams found himself in a prison cell just as an election in the south was getting into its stride, This weekend, Hillary Clinton is being linked to wrong-doing over her use of email servers when she was US Secretary of State. With the Presidential election just over a week away, there is hope in the Republican camp that this will do her candidacy fatal damage. Even before this latest FBI claim, her opponent Donald Trump was leading supporters in chants of ‘Lock! Her! Up!”

But then that’s what they did with Gerry Adams. He was arrested and held for several days a short time before the general election in the south. His arrest did have an effect, but not the one hoped for. Republicans were enraged and support rallied behind the incarcerated Sinn Féin president. Within days the PSNI had to release him without charge and Sinn Féin went on to have a very good general election in the south.

It may well be that the FBI’s cack-handed attempt to ensnare Mrs Clinton will also backfire. With the polls generally showing her as winning, the great danger for Democrats was that they might become complacent and assume she was home and dry. The FBI intervention, if nothing else, should stiffen the determination of Democrat voters to put their candidate in the White House, and to kick Donald Trump from the political stage and back to his money-grubbing, distasteful existence.

View all posts by Jude Collins →
‘ The Choice – to be 2% or 25%’ by Joe McVeigh
‘A Sinn Fein/Fianna Fail Coalition: A Nation Once Again?’ by Donal Lavery

9 Responses to Hillary Clinton and Gerry Adams: separated at birth?