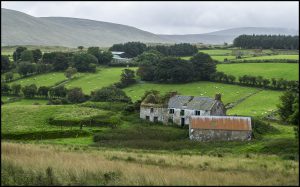 “This deserted farm cottage is in the Glenelly Valley. It was a substantial dwelling. Have the owners descendants carried on farming there in a new house or is this evidence of emigration? Departing Gael or Gall?” 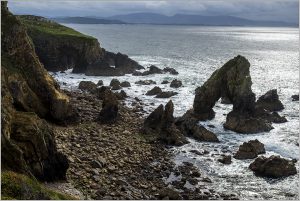 “This scene is along the coast from Machaire , outside of Dungloe. Sea has eroded these rocks. A better composition would probably have been obtained from the shoreline with a tripod but the sheer cliff face was too much for this seanduine tuirseach. However, the drama of the scene was worthy of record, I thought.” 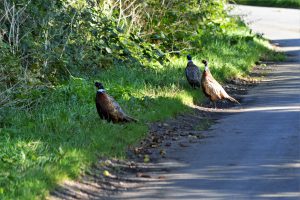 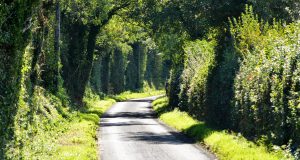 “As it was such a nice day I didn’t want to waste it so took a walk at lunchtime along the Loughview Road, Lough Neagh. Great views across to the Sperrins  and with very little traffic it’s a great road for walking.” 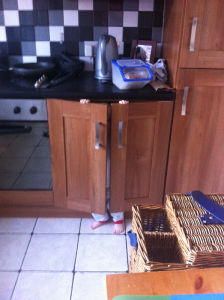 “I call this Picture ‘Hide & Seek’ hopefully for obvious reasons. You’ll be glad to know that my 2 year old son Shea won this round. “

2 Responses to Saturday Pic(s) of the week