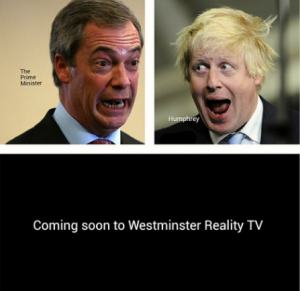 Cardinal Nicholls of Westminster Archdiocese suggested that some media were guilty of fostering a climate of fear of refugees ahead of the June 23 referendum that resulted in a surprise vote for the United Kingdom to leave the European Union. He told a Nov. 18 press conference that attitudes toward migrants had since hardened, making it harder for humane solutions to be found to the refugee crisis in the Middle East and the crisis of mass migration from Africa.

Speaking at a London press conference after the annual November meeting of the bishops of England and Wales in Leeds, Cardinal Nichols said: “We were concerned about the levels of intolerance, of attitudes hardening, of attitudes of exclusion.

“It is the fostering of a climate of fear that actually makes finding solutions more difficult,” said Cardinal Nichols, the president of the Bishops’ Conference of England and Wales.

The cardinal said the bishops collectively “expressed our regret of the emergence of harder attitudes toward people who have migrated to be in this country and our regret at the way those views are given such ample expression, particularly in parts of the media.”

Cardinal Nichols added that inevitable economic consequences of Brexit – such as rising inflation, possible restrictions on trade with the European Union and the devaluation of British currency – would be felt “most keenly at the bottom of the economic ladders.”

Some of those who support Brexit will say the Cardinal is making it up.

View all posts by Jude Collins →
Yesterday on TalkBack: the flag and the anthem
‘A JUST RISING (18 JANUARY 2016) – ANSWERING SÉAMUS MURPHY, S.J.’ by Donal Kennedy