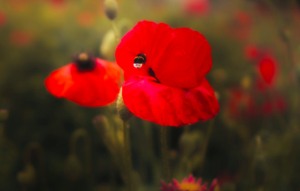 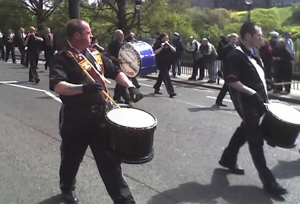 I find a lot to admire in British and Irish newspapers and television. But however splendid the football coverage, however interesting the book reviews, however helpful the consumer advice, there is one glaring gap which British and Irish media seem to be unaware of : investigative journalism.

Let’s start with one that’s unavoidable at this time of year, if you’re a TV viewer: the poppy. And let’s try to postpone the debate on whether it’s right to remember the dead of the First World War and those who died in British armed forces uniform since. Let’s just stick to a simple question: why do TV presenters – certainly BBC TV presenters – wear a poppy every year at this time?

In some, perhaps many cases, the answer will be that they do it to show respect for the sacrifice made by those dead soldiers. Which is fair enough. It’s not how everyone sees things but it’s a reasonable position to take. But given that there are thousands of BBC employees, by the law of averages there must be some who would rather not wear a poppy. In fact, we know there are some, with the case of Donna Traynor springing to mind. Some years back Donna, as I understand it, didn’t want to wear a poppy on air. After a discussion with BBC management she did want to wear a poppy. It’s hard to see that as anything but coercion: you will wear a poppy or else.

A similar tradition is emerging in soccer. British commentators at the moment are up in arms because FIFA has declared that players wearing a shirt with a poppy on it contravenes their rule about no political or religious symbols on football shirts.

Which brings us back to the central point: why don’t we see programmes about this issue on TV, especially BBC TV? Why don’t we see a discussion of James McClean’s stubborn refusal to fall into line – despite all pressures, he ain’t wearing no poppy. He’s from Derry and on Bloody Sunday, Derry saw enough chests smeared with red, as far as McClean is concerned.

The footballer’s decision has probably provoked tens of thousands of arguments among football fans – but you’d never guess it, watching TV. Instead the matter is ignored, and so those who aren’t prepared to wear a poppy are seen as being prejudiced, bigots, ingrates who don’t give the dead the honour that is their due.

The BBC coverage of the Twelfth is a similar case. Around half – maybe more – of the population here has no time for or interest in the Twelfth. Yet every year we get generous TV coverage of the many marches, without – and this is the crucial bit, Virginia, so pay attention – without any hint of criticism or that the occasion is heavily laced with bigotry and triumphalism.

I suppose journalists are like the rest of us: they’re not going to stick their neck out if they think  a guillotine might slice through it. But isn’t that what good journalism is supposed to do – speak truth to power?