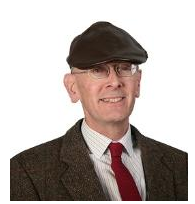 (I’m trying to tidy my papers so that I can access pieces I’ve written over the years and decided that in the spirit of peace to men of goodwill I’d share my thoughts with them. In this case “men” embrace women – in the sense of subsuming them. If persons of ill-will read them, the Devil mend them. – Donal Kennedy)

The latest contribution to the Easter Rising debate was from an Irish Jesuit Priest in California, who told a newspaper that the Rising, “not having a realistic prospect of success”, did not pass the “just war” criteria, but that we can “laughingly forgive a gloriously hopeless battle.”

It seems to me that the insurgents were over-brimming with faith and charity.

Fr. Murphy says that a real republic is created by voters and established in structures of representative democracy.

I wonder when the United States became a republic by his criteria. But I doubt if Jefferson, Washington or Alexander Hamilton were so minded.

I can’t “laughingly  forgive” Father Murphy’s assertion that “to celebrate the Rising is to celebrate anti-democratic elitism and blood-lust.”

On May 11, 1916, the day before his troops shot the prisoners James Connolly and Sean MacDiarmada, British Prime Minister Herbert Asquith told the House of Commons that the “rebels” fought a clean fight.

What evidence has since come to light to support Father Murphy’s insults?

View all posts by Jude Collins →
‘The Effects so far of Brexit in Britain’ by Joe McVeigh
THE TRANSATLANTIC DISCRIMINATION SWIM       by Perkin Warbeck.