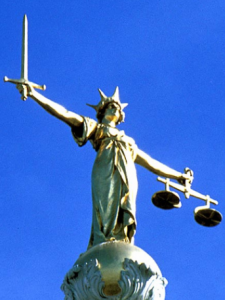 Since the Belfast Agreement of 1998 there have been some changes on the ground –not least in policing and in terms of freedom of movement. Republicans now share power and hold many elected offices but they have no control of the public purse. The economic situation in the six counties has not improved. Emigration is still at an unacceptable level. The roads are in a dreadful condition. We are still far from being a peaceful society and far from being free from anti-Catholic sectarianism. Those of us who describe ourselves as Irish are not free to express our identity without fear of reprisal. I sometimes wonder what Nationalists have achieved in terms of parity of esteem, in terms of furthering our right to freely express our Irish identity.

The Belfast/ Good Friday Agreement(1998) made it clear that the right to parity of esteem should be respected: “The participants endorse the commitment made by the British and Irish Governments that, in a new British-Irish Agreement replacing the Anglo-Irish Agreement, they will: …(v) affirm that whatever choice is freely exercised by a majority of the people of Northern Ireland, the power of the sovereign government with jurisdiction there shall be exercised with rigorous impartiality on behalf of all the people in the diversity of their identities and traditions and shall be founded on the principles of full respect for, and equality of, civil, political, social and cultural rights, of freedom from discrimination for all citizens, and of parity of esteem and of just and equal treatment for the identity, ethos, and aspirations of both communities.”

There is amongst a section of the community a hatred of all symbols of Ireland and expressions of Irishness. The Irish language is often mocked by Unionist representatives. None has been prosecuted for this racism. There are unionist Victims groups which are publicly funded and which adopt a totally partisan position. They receive widespread publicity for their one-sided approach to the victims of the conflict. As far as they are concerned the only victims of the conflict were the members of the forces of the state.

The whole issue of our rights as Irish citizens needs to be tackled by those who are elected to represent Irish citizens in the north and those in political office in Dublin and all who are concerned about human rights and equality.

View all posts by Jude Collins →
Arlene Foster: a woman of two halves
ABOUT SCHMIDT by   Perkin Warbeck

9 Responses to ‘Parity of Esteem –how are ye?’ by Joe McVeigh