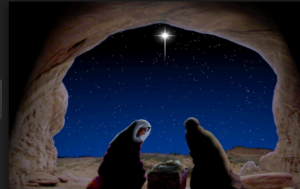 And so, as we tremble on the edge of Christmas 2016, all is not gloom. Yes, we’ve had a monumentally stupid Brexit vote in England and Wales (that is, if you define a stupid action as one performed contrary to one’s own interests), we’ve had the gross cartoon figure of Donald Trump elected as President of the United States, we’ve had Russia help liberate Aleppo by killing everyone in sight, we’ve had southern politicians tell us that their attacks on Sinn Féin via the unhappy son of prison officer Brian Stack had nothing to do with politics, we’ve had Carrie Fisher in intensive care after suffering a heart attack on a plane between London and Los Angeles. You could probably add a personal list yourself:  top of mine  would be the loss of my lovely and loved sister Patricia.

But amidst all the shit that 2016 has fired at us, one gleam has emerged, like a Christmas Eve star. The United Nations Security Council has finally found its cojones and has demanded that Israel stop building settlements on Palestinian land. This happened because the US finally abstained on the motion, and if you can’t guess why they did that, think how long President Obama has left in office – nothing can hurt him now.

Needless to say, Israel has expressed itself outraged, Trump has promised things will change when he assumes office in January, various US politicians have denounced the motion, with talk of anti-Jew, anti-semite sentiments at work. In practice it’ll probably make little difference, given that Trump has promised he’ll change everything; and it would have been nice if Obama had declared an end to the $38 billion in arms sales to Israel;  but even this little flicker of sanity, where the vile actions of Israel against the Palestinian people have finally been condemned by the major nations of the world, is cause for rejoicing.

And no, I’m not anti-Jew or anti-Semite. And if you seriously think that being opposed to the actions of the state of Israel means you hate Jews,  you should maybe spend Christmas in a dark room with a piece of moistened flannel on your forehead.

For the rest of you, may Christmas Day bring you happiness and joy, and may it give us all the courage to do the right thing no matter who yells however loudly.

34 Responses to On Christmas Eve, a flicker of hope. Although it’s only temporary.