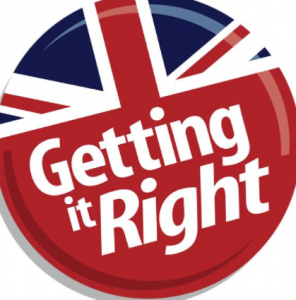 If you’re in partnership with someone, it helps if you get along. It’d be better still if you liked/loved one another, but a business partnership can generally function if those involved find a way of working together. But let one of the partners develop a drink problem or a gambling habit or a taste for shady deals and the sound of a partnership tearing at the seams can be heard throughout the land.

That’s the situation currently with the DUP and Sinn Féin ans we creep torwards 2017. There’ve always been tensions, of course. The DUP regard or regarded Sinn Féin as the IRA in suits, Sinn Féin regard or regarded the DUP as curmudgeonly right-wingers. But every so often, an incident materialises that presses the DUP ‘Outrage’ button. We had the IRA-is-still-in-business outrage, the Irisgate affair, the Ulster-Bank-raid thing, the flags affront. And now we have the Ash-for-Cash scam.

The Opposition wants to Throw-The-Scoundrels-Out. As the UUP and the SDLP see it, the First Minister has either taken her eye off the ball or has been up to no good; the choice is between incompetence or knavery, and the cure for both is off-with-her-head. People Before Profit’s Eamonn McCann wants an election.

Sinn Féin finds itself in a delicate position. As one-half of a partnership, it can’t go around bad-mouthing the people with whom they exercise power. At the same time, a growing number in republican ranks are fed up with what they see as the DUPers walking all over republicans and are itching to do some kicking back.

Ever cautious, Sinn Féin have tried to take a thought-through stance. The ash-for-cash scheme which was set to syphon off hundreds of millions of pounds must be stopped, staunched, before more millions flow from the public reservoir. At the same time Sinn Féin has called for an independent investigation, to see what precisely occurred and where the blame lies. And to remind everyone that Sinn Féin is not a party with a deficiency of cojones, Deputy First Minister McGuinness suggested First Minister Arlene might want to go on gardening leave until things are sorted. First Minister Arlene declared that though she was intimidated and even over-awed by her Minister Jonathan Bell, she’d-take-no-orders-from-Sinn-Féin.

But then a while back, Sinn Féin was forced to choose. The SDLP, the UUP and others brought a no-confidence motion in Arlene to a hastily-assembled Assembly. The Sinn Féin problem: what to do? Their decision: to abstain. Not rubbing salt in DUP wounds but not administering first aid either.

Martin McGuinness has made it clear that Arlene was speaking for herself and not for the joint office of FM/DFM. Granted, a few poodles got up on their hind legs (Hello William, Hello Nelson) to tell Arlene how pretty goshawful great she’d been, or to lob her a gentle question which she could hit out of the park, but for the most part it was Arlene beating thin air.

So where from here?. The (DUP) Speaker Robin Newton has come under fire for allowing Arlene to speak as First Ministerwhen she doesn’t have the support of the Deputy First Minister. So it looks like the DUP Speaker is part of the DUP love-in, while outside the chamber all other parties are mad as hell and determined not to take it any more.

The HMS DUP has fired a boomerang exocet with its ash-for-cash wheeze. Whether it has holed itself above or below the waterline will emerge in the New Year.

View all posts by Jude Collins →
On Christmas Eve, a flicker of hope. Although it’s only temporary.
Enoch Powell: Was He Onto Something? by Donal Lavery

20 Responses to As the dust settles and another storm brews…