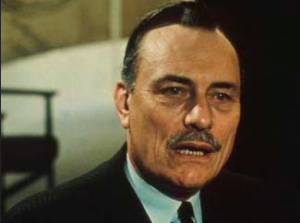 There are few figures in politics who polarise opinion as much as Enoch Powell, that’s for sure. The Professor of Classics & Ancient Greek (at one point the youngest in the Commonwealth) made many a prediction and warning, some have stood true beyond the grave – like that of Brexit.

As someone on the Left, I can’t say that I agree with an awful lot in common with the former Tory Tribune. But I do think he was impressive and a fiery orator. When the Gibraltar Three were brutally murdered unarmed, he denounced the Thatcher Government for the killings, calling for the Crown and SAS to be made accountable to parliament and people (including prosecutions). Additionally, he repeatedly voted against the death penalty; while also dubbing the anti-Catholic demagoguery of Paisley to be the greatest threat to the Union. It is one of the biggest regrets of my life that Powell and Tony Benn never faced each other at the dispatch box, for then the world would have witnessed a real clash of ideas, the sharpest democratic distinctions between Left and Right, ever. Both of those men were the greatest leaders and Prime Ministers that their respective parties and country never had. Quite simply, they said what they meant and meant what they said, and if you voted for them then you got what they said.

Powell’s infamous “Rivers of Blood” speech is what we all know him for, let’s be candid about it. I think the wording of that speech was deeply flawed and inflammatory, with the added ingredient of dramatic license on a theatrical scale. His aim was to warn people that uncontrolled immigration would lead to a burgeoning surplus of labour-supply, which in turn depresses wages and devalues the living standards of ordinary working people in any country. That’s a simple Marxist analysis which the Left always argued when countering entry to the Common Market/EU. It is becoming popular again among left-wing eurosceptics, who know that an ever larger labour market is a capitalist’s wet-dream -> allowing workers to be hired and fired at will, while disciplining those in work by highlighting the potential of migrant labour and the unemployed. But the derogatory way in which he said it associated him with all sorts of unthinking, uncivilised bigots, when he was much too intelligent for that sort of bile.

As an Irishman conscious of our history, I certainly wouldn’t ridicule anyone migrating to where they can find jobs and opportunities in life. The children of “shamrock labourers” in the US became the lawyers, accountants, doctors and congressmen of future generations. They didn’t just build the sky-scrapers and housing blocks, they built the most powerful nation on Earth. All human beings deserve a place in the world in which to thrive and realise their full potential, without question.

However, Brexit and the rise of Trump have proven Powell’s prediction correct, in that a critical mass of people would rise up against wage depression in the form of unlimited immigration. It was one of the rocks upon which the Union in Europe would split. People are fearful of the pressure it has placed on hospitals, schools, employment prospects and housing. And shrewd opportunists have appealed to the lowest common denominator – playing the race card, instead of the rotten economic model we live under.

What surprised me was that both Powell and Tony Benn actually had the same view on immigration, albeit for different reasons. And both had the same view of the European Union therein. Powell, true to form, prophesied that the UK shouldn’t be stunned if a future Conservative Prime Minister comes back from Europe with a piecemeal set of agreements, like Neville Chamberlain at Munich, only to find pretty soon that the public desire no such accord with the opponents of democracy. Powell and Alan Clark both stated that they would rather the UK be ran by democratically elected socialists than by Brussels bureaucrats.

I think what Powell and Benn understood, having both fought in the war, is the importance of being able to govern oneself. When two small islands, Britain and Ireland, stood at the edge of a fascist abyss in 1941, people knew what threats to sovereignty were like. Where I agree with Powell and Benn is on this – the freedom to be an independent self-governing nation is the highest political priority and one which any price is worth paying. Irish men and women faced down the brunt of Black & Tan murder for the same burning motivation. What was true in colonial times stands to reason now – The Nation-state is the only credible protection in a dangerous world.

If giving up your domestic democracy for the sake of perceived international clout on a grander scheme of things meant much, then to follow that logic would have led Ireland and India to remain in the Empire. It would mean Canada amalgamating with the USA. It would conceive Russia and China as One Nation, all on the basis that “size denotes strength”. I don’t believe in grandiose projects of such magnitude, which often involve ditching democracy in favour of some apparent expediency. I think, that in an uncertain world, the right to chose who governs you and how you respond to world and domestic events, is the closest thing to an absolute value which we can hold dear. What Powell and Benn were right about is simple – people want to live in a national democracy, where market forces and globalisation can come under the leverage of an elected sovereign parliament; made up of men and women who rise to what the population and times demand. It’s as simple as that.

View all posts by Jude Collins →
As the dust settles and another storm brews…
Enough already: time for nationalist/republican politicians to take a stand

24 Responses to Enoch Powell: Was He Onto Something? by Donal Lavery