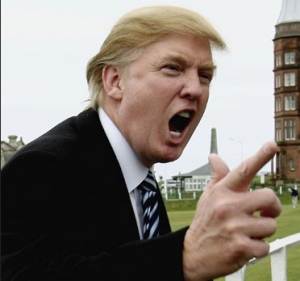 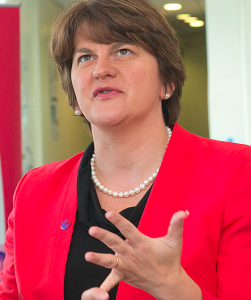 Don’t be too hard on Donald Trump – he’s doing his best. He even says so in a recent tweet: “Doing my best to disregard the many inflammatory President O statements and roadblocks.Thought it was going to be a smooth transition – NOT!”

I’m glad he sent that one, because you’d be a little tempted to think maybe the Donald was the roadblock to sanity. When the US discovered it actually had a spine, though a very flexible one, and abstained from a vote at the UN condemning the continued illegal erection of Israeli settlement buildings on Palestinian territory, the Donald got very annoyed and tweeted “We cannot continue to let Israel be treated with such total disdain and disrespect.” To the astonishment and delight of many, Obama’s Secretary of State John Kerry tore into the Israeli position, which gives two fingers to the idea of a two-state solution.The fact that Kerry won’t be Secretary of State inside some three weeks tempts one to ask the obvious question: What took you so long? But glass half-full and all that: Kerry and the US are at least making clear to the world that a considerable section of the US is not in thrall to the golden-hair charisma of the Donald and isn’t afraid to say so.

There’s a lesson for nationalists/republicans here. It’s one thing to be polite and positive with one’s political partners and/or opponents, it’s another to let them think they can stalk around centre stage, saying and doing what they choose, without some firm response from those who think differently.

Before the Assembly comes together again next month, nationalist and republican politicians should decide that roll-over is not an option; that – as Kerry said regarding Israel – good friends prove they are good friends by speaking truth, even if it is sometime uncomfortable. So any idea that Arlene Foster, who was the Minister in office during the approval of the Cash –for-Ash scheme, should coolly continue in office during a public inquiry, must be dismissed by nationalists and republicans. Stepping aside is not to concede guilt, it’s simply an acknowledgement that a massive financial scandal requires a public inquiry. Refusing to step aside would be an acknowledgement that the DUP leader is possessed of a triple-brass contempt for the public mood.

It’s time nationalists/republicans stopped back-pedalling on the grounds that  taking a firm stance might upset unionist politicians. We’ve had a bellyful of  Trump and Foster’s arrogance.  Enough already.

View all posts by Jude Collins →
Enoch Powell: Was He Onto Something? by Donal Lavery
‘ “Going till Castelderg” -Tyrone-speak’ by Joe McVeigh

60 Responses to Enough already: time for nationalist/republican politicians to take a stand