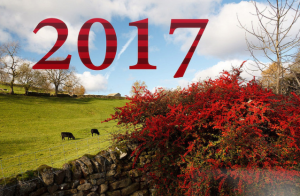 It’d be easy, having roller-coasted through such an appalling year as 2016, to think that we’re on our way to hell in a handcart and nothing can be done. But having given it careful thought over the Christmas period, I’ve decided what we need – what I need – is a bit of proactivity, so I’m breaking the habit of a near-lifetime and making New Year resolutions. Five in all.

And don’t forget: nationalists and republicans have reason to face 2017 in good spirits. If there’s one thing we can say with certainty about the coming year, it is that the day of unionist dominance is coming to an end, and coming fast. Has unionism any plan to move from not-an-inch and face a very different future? Not that I can see.

So may 2017 bring you, on a personal level, health and happiness; and on a political level, the courage to call a spade a spade and a scam a scam.

13 Responses to Here it comes…