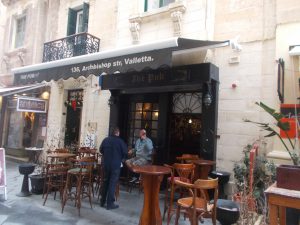 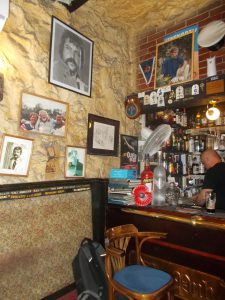 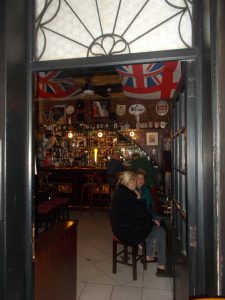 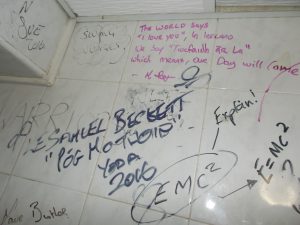 Pics 1-4 are by Perkin Warbeck:

“A PUB called THE PUB.

PIC 2: Acting was in the DNA of Oliver R: a nephew of the great director, Carol Reed and a grandson of the acclaimed actor Herbert Beerbohm Tree. The latter might or might not account for the grandson’s being so often out of his tree on beer. Bohm, bohm.

PIC 3:   Oliver R. was in Valletta to play the part of Proximo in ‘Gladiator’ (which went on to win the Oscar for its director, Ridley Scott). After fillumming had finished he had strolled with his wife from their hotel, the Phoenician, down the length of Triq Ir-Repubblika to their local, The Pub. With the intention of having a few mild and bitters. That plan altered drastically when five young Jolly Jack Tars entered and were challenged to a rum-quaffing contest. The Pub has become a shrine of sorts for curious tourists.

PIC 4: O’ Reed was buried in Churchtown, Co. Cork, where he had resided before his death. It is located near Buttevant and is the home village of Vincent O Brien, the horse trainer. Just as the man who lost the battle with the bottle is suitably buried in Cork perhaps it was inevitable that some graffiti by a sailor-o from the LE Samuel Beckett of Haulbowline, Cork Harbour was recently snapped on the walls of the Necessary Room in The Pub. 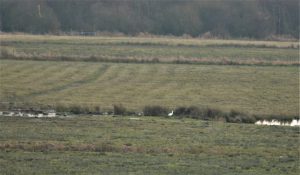 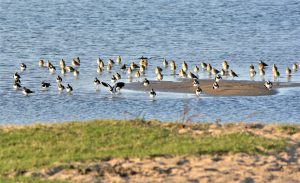 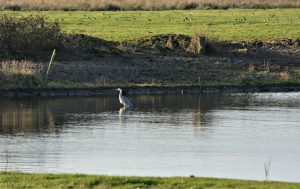 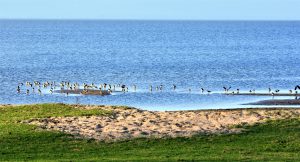 “A couple of photos from a walk down by Lough Neagh this week. Lots of Lapwing, Golden Plover, Grey Heron and a single Little Egret on show in the winter sun.

One Response to Last Saturday pics of the week 2016