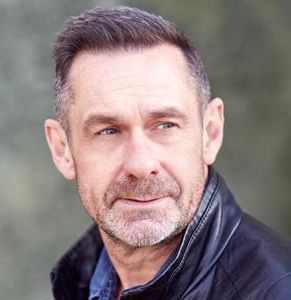 I’ve just received the article below from a friend. It shows how in Britain, an establishment line is established and any commentator/journalist who steps outside that line has a sign saying “Nutter” hung around his/her neck.

It’s important that we learn from this. Already, there are clear signs that the coming election is going to be presented as the old tussle between Orange and Green, with one lot as bad as the other. It’s not. The central question at the heart of the election is an economic one, not a constitutional one: how do we respond to a party which initiated and ran a ridiculous scheme which is set to cost the taxpayer half a billion pounds? Especially when that party denies, despite the fact that it was a scheme they created and ran, that they’ve done anything wrong.

There are other issues which Sinn Féin have listed – the Irish Language Act, LGBT rights, Red Sky, NAMA – none of which are Orange + Green. They definitely need to be addressed. But the electorate  – and that’s all of us – would do well to keep the Cash-for-Ash scheme at the centre of their thinking when they enter the polling booth some weeks from now. Because there’ll be every attempt to convince us that this is all a tedious old sectarian wrangle between unionists and nationalists. It is not. There will be efforts to convince us that ach sure, the two of them are to blame, one’s as bad as the other. Not so. The scheme that precipitated this crisis was a scheme begotten and nurtured by the DUP and the DUP alone. And because of their incompetence or worse, we the taxpayers will be told to pay for their actions.

It’s the RHI scandal, guys. Don’t let anyone convince you otherwise.  Meanwhile, here’s what happened to Paul Mason when he thought for himself…

View all posts by Jude Collins →
Martin McGuinness’s resignation:five points to keep in mind
Arlene Foster: does she believe that standing aside and being stood down are the same thing?