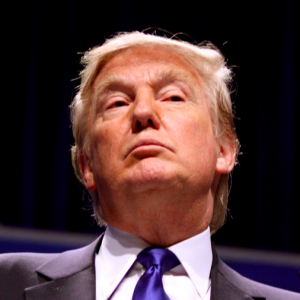 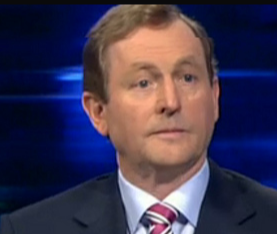 So will he, won’t he? At present Enda Kenny is standing firm: he’s going to Washington on Paddy’s Day. A word of consolation if you’re one of the many who oppose him travelling to meet the lesser yellow-headed President Crazy: past words are no indicator of future action.

Why would Enda go? I mean, he’s even come out when standing alongside Theresa May and said he disagrees with President Trump. And when he goes to Washington, he’ll be able to give Trump a thumbnail sketch of the Irish people’s objection to his racism, sexism, lies, bullying, self-contradiction and all the rest of it. Wouldn’t that be good?

Mmm. Maybe. However, factored into that must be two pretty important points. One, when an Irish Taoiseach goes to Washington on March 17, he goes to pass over a bowl of shamrocks – agus sin é. Finito. There is as much likelihood of Enda Kenny being given the opportunity to sit down and talk jobs and investment with Trump as there is that Trump will get a Mohican. The second problem is that, even if Enda were to whisper in his ear “We love you, Donald, honest. Gisse some jobs!”, there is no chance of that influencing Trump’s actions. Half of the US mounting mass protests hasn’t influenced his actions: what makes Enda think that his voice would be persuasive?

Truth to tell: if Enda stays or Enda goes matters no more than a greasy cook’s spit. The US public might know who the Grand Marshal in the parade is, but they won’t know or care about this yellow-headed Paddy with the funny way of looking at you. As for Donald, Enda isn’t going to say anything that’ll persuade him to be nice. If Enda were Scottish, that might make a difference, Donald’s ma being from the Isle of Lewis and all that. But even then it’s a big might. Mayo may have mighty men, including Enda, but in Washington their appearance or non-appearance, their economic appeals or kow-towing, all mean less to the loon in the White House than a small pyramid of horse droppings.

3 Responses to Enda’s Big Day Out: should he stay or should he go?