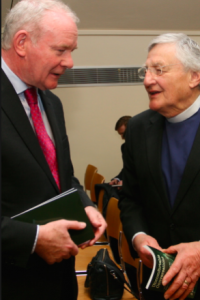 61 Responses to Martin McGuinness’s resignation:five points to keep in mind