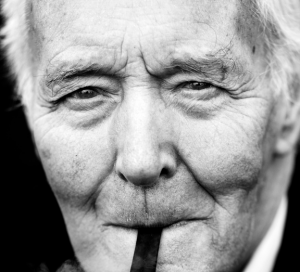 A few years ago, I was working in the Civil Service and can remember when I and my colleagues received the news of Tony Benn’s passing from this world to the next. Sitting next to many trade unionists, we were actually very emotional and I walked home to clear my head with tears running down my cheeks. Whenever I got home, I made myself some tea, had a bath and spent the night actually crying while reading Mr. Benn’s writings over many decades. It was heartbreaking.

The greatest leader Labour never had was gone. The greatest Prime Minister which Britain never had was now still. A political giant had left the stage but with a massive set of shoes for others to fill. I grew up in a family who revered Mr. Benn and his stands on all the issues of the day. Whether it was opposition to Trident, the Common Market or British colonialism in Ireland, Benn stood firm. He said what he meant and meant what he said.

Perhaps the most pertinent thing people remember Tony Benn for was his efforts to renounce his peerage in the 60’s. Afterwards, he became one of the most able Ministers in Harold Wilson’s Cabinet. A devoted republican, he drew inspiration from the Chartists and the English Civil War in his efforts to end the Monarchy. Speaking to a journalist about hereditary political office, he once asked if you would let someone operate on your body just because their father had been a surgeon.

Indeed, Benn brought a common sense approach to the political issues of the day. One of the biggest regrets of my life was that both Benn and Enoch Powell never faced one another at the dispatch box; providing the sharpest distinctions between Left and Right in any parliamentary democracy. Oddly enough, they agreed on some of the big issues – like the EU, unlimited immigration, ending imperialism, the pointlessness of Trident submarines and the sovereignty of parliament.

Benn, like Powell, was horrified at the killings of three unarmed Irish citizens in Gibraltar; with both men calling for the Crown and the SAS to be held accountable for the murders. While a Minister in the Wilson Government, Benn wrote candidly of how the security services and Lord Mountbatten were plotting to undermine and overthrow the elected Labour administration. He highlighted the collusion involved in the shoot-to-kill policy being perpetrated in Ireland, with elements of the deep state in Britain who feared the sort of Ireland which would emerge following a withdrawal.

An important distinction to recall was that Benn never trusted the SDLP, who he remembered helped to bring down the Callaghan Government and usher in Margaret Thatcher in 1979 (under Lord Fitt). He was a committed supporter of Sinn Fein and told of how his father, a former Liberal Cabinet Minister, believed partition was the gravest of crimes against the Irish people. The striking thing is that most people actually support Mr. Benn’s views on just about everything – they don’t want students saddled with debt; they don’t want pensioners on a means test; they don’t want privatisations or war; they want British involvement in Irish affairs to end and they want an economic model which works in their favour. So despite what the media say about his “extreme” positions, the vast majority of people favoured these points.

Jeremy Corbyn, like Mr. Benn, believes that as soon as Britain makes a declaration of intent to leave Ireland, with a timetable for withdrawal, then even the most ardent of Unionists will be forced into some sort of conciliation with their republican/nationalist neighbours on what sort of united Ireland will emerge. Corbyn, also like Benn, knows that there will be no violent Loyalist backlash if Britain leaves because the Unionists wouldn’t have their elder brother, in the form of the British state, to back them up militarily. The old Carson bluff of untold bloodshed, would be called for what it is – an empty threat from people who would be a minority on this island.

The point I would conclude on is firm. Mr Benn believed in the necessity of Sinn Fein to deliver a new Ireland. He asserted that radical governments in Britain and Ireland would be well placed to work together to counter the threats of neo-liberal excesses and war. I trust Benn’s analysis and I hope, with some foresight, to see his vision for Ireland realised once and for all. The world has lost a father figure.

View all posts by Jude Collins →
Enda’s Big Day Out: should he stay or should he go?
Next Post