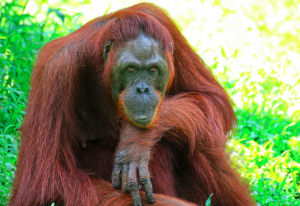 BBC’s ‘Sunday Sequence’ had an interesting discussion this morning, about whether this needed to be a ‘brutal’ election (that was Arlene Foster’s word for it, even before it began). It was a thought-provoking discussion and I’ll come back to it in a minute, but let me first consider (beggin’ your pardon) Donald Trump.

Gerry Adams says that if he’s invited to the White House on St Patrick’s Day, he’ll go. There’s been a lot of will he/won’t he over Enda Kenny on the same matter. It’s easy to see why Gerry Adams would say he’d attend: for a long time unionist politicians wouldn’t partake in interviews if there was a Sinn Féin politician on the panel. Some wouldn’t even sit in the same studio as them.

And then when the peace talks and the Good Friday Agreement appeared on the horizon, unionist politicians talked about the need for a period of ‘decontamination’. Others spoke of the need for republicans ‘to be house-trained’. Fast forward to more recently, and we had the mooing sounds that DUP politicians would direct at elected women representatives when they stood to speak. And fast forward again to very recently, and you had a  DUP politician talking about the need to hold their nose when they found themselves close to Sinn Féin counterparts.

Those were the matters the panel on ‘Sunday Sequence’ considered today, and they were as one in their detestation of such language. I couldn’t agree more.

I detest Donald Trump. I think he has conned millions of vulnerable people in the US, I think he’s racist and mysoginistic in his language, I think he falls short at so many points, it’s  hard to accept that he’s the legally-elected President of the United States. But though I detest him, I try not to refer to him as an animal. Or sub-human. Or part of a lesser breed.

Nobody on the Sunday Sequence panel said it directly, but the animal language and jeering came exclusively from the unionist politicians’ ranks. It springs from a desire to see their opponents as not just inferior but in some sense sub-human – incapable of engaging in the kind of rational discourse and behaviour that would be expected from normal people.

This isn’t just ignorant, it’s dangerous. If you can persuade people that a part of the population has the characteristics of animals (did I mention breeding like rabbits/vermin?), you’re half-way to saying they can be treated like animals and are not deserving of the normal human rights everyone else is entitled to.

So of course it’s going to be a bare-knuckle election. Of course barbs are going to be hurled at political opponents. But let’s hope that no politician from any party will descend into the animal-world clabber, in an attempt to attach horns and hooves to their opponents.

View all posts by Jude Collins →
Democracy by Joe McVeigh
Bertie Ahern: he hasn’t gone away, you know