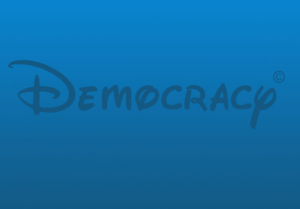 For all our experience of elections and referendums here in the six counties there is still in some British and unionist quarters a great reluctance to accept the democratic will of the people. There is a reluctance to accept that in the north east of Ireland there are people living here like myself who have an Irish identity and who are proud of that identity. That is why the Irish language is important to me and many others. That is why my Irish passport is important to me. That is why our Irish national games are important and why I recognise the Tricolour as the flag that expresses that identity. It is a flag which recognises the both traditions on this island. That is why I vote for the party or individual who will best protect and promote my identity. When you belong to an oppressed or beleaguered group your identity becomes important to you. That is why I voted for the Belfast Agreement in 1998 because, for the first time in my life, I felt that my identity would be recognised and honoured in law and that my native language would receive equal recognition and funding towards its promotion. It was called ‘parity of esteem’.

Almost 20 years later I find that the parity of esteem promised in the Good Friday Agreement has not happened as I expected it would happen. Nationalists are still second class citizens. I know many people who would be afraid to fly the Tricolour from their homes or gardens the way that some fly the union jack or the Ulster flag or even the Israeli flag! There are many who are still afraid to express their Irish identity even though they live in an island called Ireland. There are parts of the north where Catholics are shown hatred and subjected to racist abuse from Orangemen. The Irish language has not received the recognition and funding promised nor is it recognised in law. And every year, for at least two months of the summer, unionists take over many towns and villages with flags and bunting of a foreign nationality irrespective of the feelings of people with an Irish identity living there. They parade round these towns with marching bands as if they still controlled the Orange state. They say this is about their culture and their right to parade on the queen’s highway.

And now to make matters worse the majority of people of the six counties who voted to remain in Europe are to be denied that wish. They are being forced to accept the Brexit vote of a slight majority in England which will see a return of a border and all the inconvenience and destruction of the economy and social life that goes with that. They are being told you will have to leave Europe and accept the border because the UK voted for that! Just like in 1920 when the Irish were told they would just have to accept Partition even though they did not vote for it. Accept it because the UK government says so. So much for democracy in this part of the world. Or should I say, so much for the way the British regard democracy. That is why I continue to vote in order to express my identity and my desire and determination to have it respected –not just for me but for countless others now and in time to come.

Saturday pics of the week
This ‘brutal’ election: language, please.

11 Responses to Democracy by Joe McVeigh