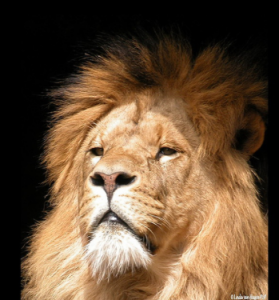 To keep us green, London was keen and put 600 million in a nice big pot

No need for sensible precautions, the safety caps came off

And the RHI, was treacle pie just waiting for the piggy’s to come to the trough

And even the general public knew something had gone seriously astray

Businesses were cautious, this was too good to be true

But this all fell on deaf ears, our civil servants were confused

The take up it was modest, people still waiting for the catch

So Arlene penned some letters to the banks, guaranteeing the windfalls cash

Cause sure it is only London’s money, and can’t they afford it anyway

But soon it was being noticed, that something was not quite right

Then Jonathan Bell became the man in charge, though Arlene remained top dog

But his calls for the scheme to be stopped, led to a barney in Stormont’s halls

Jonathan loomed over her shoulder, their voices raised, until the SPADs foot came down

The scheme would remain open, while they gave it one last push

Now word went round the gig was up, and this deal was very real

But so it wouldn’t look too suspicious, they asked Michelle to promote the scheme

That millionaires will be made, burning pellets on their farms

Cutting Liofa funding, gaving millions to marching bands and made up Orange halls

Everything indeed looked rosy, the money was rolling in

Upon Jonathan Bell came a niggling then, could what they did be considered a sin?

And then Nolan got a hold of it as the BBC investigated what the whistle blower said,

No matter what the consequences, tell the truth is what the voices did say

And then there came a miracle as Stephen Nolan’s number, suddenly appeared on his phone’s display

Then one thing led to another, and the TV show was made

Arlene got a knife in her back while Jonathan claims, he only did what God had said

The DUP wagons circled, around Arlene and her clan

A resounding vote of confidence, Arlene was their only man

But she was having none of it, unrepentant she said no

Like a president of Ireland, her very own Áras an Uachtaráin on the hill,

Until Martin sent her packing, and told her that we had all had our fill

Hubristic pride and arrogance, fuelling her contempt and hate

But Pride comes before destruction, and a haughty spirit falls from grace

Judgement comes upon us all, God has told Jonathan that He is on his side

So where does that leave the DUP, who are filled, with the Devils Unholy Pride?

View all posts by Jude Collins →
MODS   ‘n   ROCKERS (2)     by Perkin Warbeck
‘No need to patronise us over 1916 celebrations, Boris’ by Diarmaid Ferriter

4 Responses to The Pride Before a Fall by Jessica McGranN