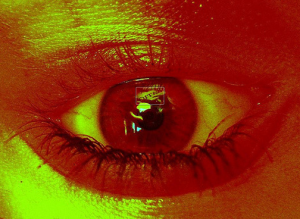 Mick:  I assumed that was a burp.

Pat : No. I said Trump! The US President.

Pat: You hear about his latest wheeze?

Pat: Yep. The New York Time, the Los Angeles Times, the BBC and The Guardian – all blocked from attending.

Mick: Presumably their journalists were carriers of malaria and the President didn’t wish to spread the disease.

Pat: Not so, apparently. President Trump doesn’t like the media.

Mick : Really? You astound me.

Pat: Trump says they are the enemies of the people, that they make up stories.

Mick: That’s outrageous. The media are the Fourth Estate. They are the watchdogs of democracy.

Pat: Indeed. Where would we be without the Irish News?

Pat: Yes. Or the News Letter.

Mick: That’s the one unionists read?

Pat: Correct. Or the Belfast Telegraph.

Mick: That’s the one that republicans read?

Pat: Um, perhaps. Although the Telegraph tends to take a firm line with republicans.

Mick: Famed throughout the world for its even-handedness.

Pat: Exactly. The British Broadcasting Corporation has a proud record of impartiality.

Mick: Even though there were demonstrations outside it during the Scottish independence referendum. And someone told me the Workers’ Party here were protesting outside the BBC in Belfast.

Mick: Hard to tell. He says that “Concentration of ownership of the media is high and increasing. Furthermore, those who occupy managerial positions in the media, or gain status within them as commentators, belong to the same privileged elites, and might be expected to share the perceptions, aspirations, and attitudes of their associates, reflecting their own class interests as well. Journalists entering the system are unlikely to make their way unless they conform to these ideological pressures, “

Pat: Showing off, using big words. Besides,  he was talking about the American media, wasn’t he?

Pat: None of that would apply here.

Mick: Not as far as I know. Although I believe Jim Allister was giving out stink about the BBC the other day.

Mick: You may say that. Jim is a barrister.

Pat: Not sure, but it’ll be wonderful.

Mick: If you can’t believe the media, who can you believe?

10 Responses to Trump, the media and Norman Comiskey