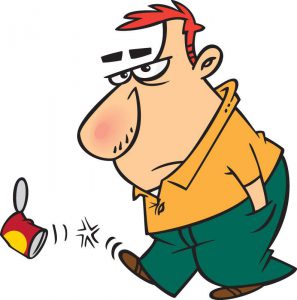 I’m not sure….but I’m almost certain that I have never before come across a man such as our current Secretary Of State ,Mr James Brokenshire ,who could talk with such great facility for long minutes…possibly hours on end , like a practised filibuster and actually say very little at all.It is a skill that most of Norneverland’s past Secretaries of State appear to be cherry-picked especially for. His predecessor Theresa Villiers was also very good at being able to say not very much at all , too , but the current SOS has reached even greater heights of genius.

Mr Brokenshire is in an entirely different league ,of course, in that , he may actually be the personification of the near-perfect politician.Some might disparage this finely -tuned aptitude for nebulosity and dismiss his facility and finesse as the mere witterings of the sadly uninformed.Some have even labelled his finely-tuned, seemingly off -the -cuff spiels as mere “waffle” , but that is to dismiss this immutable talent , ease and non-specificacity of his seamless disquisitions.

Within the subtle nuance of discourse ,here is a broadcasting giant ,who faced with a veritable feast of bristling microphones bearing the monikers of every communication medium extant ,from “Cool FM” , UTV and RTE to the ancient and venerable old BBC , who unfazed by hectoring questioners and hard-nosed hacks,easily maintains a tepid indifference verging on apathy.Unblinking, unfazed, calm to the point of torpor this man calmy swats away his interrogators’ sleekid probings with deft strokes , choreographed as if a McEnroe of the tennis-courts .Barely breaking sweat his mastery of the cliche is so succinct that when he finally makes his apologies and turns away to leave at -the- end- of -the -day no one is in any doubt that they have witnessed, in its purest form , the art of kicking a can slowly down a long road inexcelsis. This man really earns his corn.

View all posts by Harry McAvinchey →
James Brokenshire: the waste of space tells the parties they have a short space for talks
‘McGuinness The Man: His Life & His Legacy’ by Donal Lavery