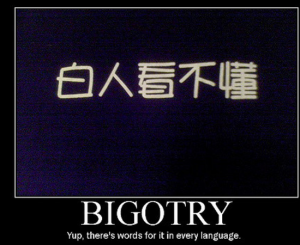 Some years ago, just after the Agreement, the District Council set about clearing the walls of offensive graffiti. In one staunchly unionist village there were some anti-Catholic slogans painted on walls. One slogan in a prominent place on the bridge read, ‘NO POPE HERE’. The workers employed by the Council set about clearing it off as best they could, leaving just traces of the white paint on the wall where the slogan used to be. However, a few weeks later, a new slogan appeared in the place of the old one. It read: STILL NO POPE HERE! The rain since then has helped to make that one now illegible.

It would be nice to think that times have changed and that people have changed with the times and got rid of some of that raw sectarianism. In some ways the times have changed and in other ways they have not changed that much. The presence of Arlene Foster, Simon Hamilton, Robin Newton and Peter Robinson at the funeral of Martin McGuiness in St Columba’s church in Derry showed, in a real way, that the times they are a changing. It could be said that we now live in a time of transition. However, sectarian bitterness still exists in some quarters, and could be heard recently in the words of DUP man Gregory Campbell and TUV man, Jim Allister, in relation to the death of Martin McGuiness. There are some who find it difficult to embrace change. There are some in the nationalist/republican community who find it difficult to accept change and some who find it difficult to reach out to unionists.

Martin McGuinness showed that change is possible and must be embraced if we are to create a new society in Ireland. Rev Ian Paisley showed that radical change is possible. Peter Robinson also accepted the need for change and Arlene Foster is beginning to see the need for change. This is just the beginning of what will be a long process. Part of that process is the healing of hurts and the ability to forgive.  Politicians and church people have a great responsibility to find ways of dealing with the divisions, the hurts and the hatreds of the past. We all have a part to play in creating a new, equal, forgiving and prosperous society in Ireland. We face many challenges –not least Brexit which has now begun. There is also the need to deal with the bigotry and hatred that holds back change and keeps people from working together.

Bigotry and sectarianism on either side of the political divide needs to be scrubbed not just of the walls but of the mind-sets. Catholics, nationalists and republicans can also be insensitive towards our unionist neighbours. If we learned anything from Martin McGuiness’ life, it is that there is a way to go about healing the past. It is necessary to reach out to our opponents. It is a time for reconciliation and healing. It is time for all to embrace equality and parity of esteem. There is nothing to fear from equality. Parity of esteem needs to be implemented in every council area. All schools must make it a priority to educate children about the harmful effects of adopting a bigoted or sectarian approach to those who belong to a different church or political tradition.  Parents too have a big responsibility to teach tolerance and respect.

There should be zero-tolerance of bigotry and sectarianism in either section of the community. We are in a time of transition. We should work together for the good of all, the common good, and we should engage in conversations about how that can be done. If we must write a slogan on the wall, let it be one word ‘Respect’.

One Response to ‘Bigotry –a challenge for all’ by Joe McVeigh