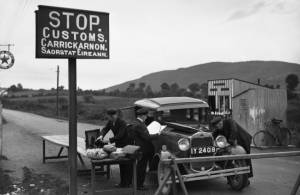 If this information is not disclosed – at least in summary format – then the suspicion must be that the negative security implications for Ireland are being concealed. Why? Perhaps to hide political embarrassment over what looks like, from an Irish perspective, to be a very reckless decision.