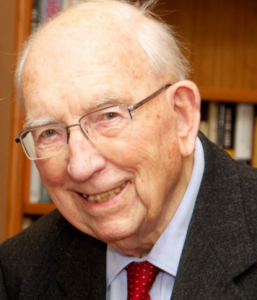 At the turn of the Millennium the name of T.K. Whitaker was at the very tip top of the lengthy list of canditated for the title of ‘Ireland’s Greatest Living Irishman’.

A wunderkind of the Public Service he distinguished himself from his early twenties in a variety of arenae, including the financial, economic, politcal and cultural. He recently passed over shortly after passing his 100 th birthday.

People gazed at him and wondered how one normal head could carry such an abnormal amount of knowledge, intelligence and wisdom. Reading the vast range of laudatory obituaries re his breadth of interest and depth of application one almost had to check one was not reading about TK. Wikipedia.

One got a hint of the high esteeem say, Parnell himself, might well have been held in back in the day.

Indeed, his heavyweigth career was stellar in a way that the lightweight boxer and namesake, the prodigious Pernell ‘Sweet Pea’ Whitaker, of Norfolk, Virginia, a classy stick-and-move merchant who not only won an Olympic Gold Medal (1984) but also went on to win professional titles at four different weights.

It is unlikely that they were related, however; there is a not very well known anecdote which will bear that out and bear retelling . It was told by a political figure whose career paralleled TK Whitaker’s: Erskine Childers.

Once, when finding himself on his own and bored in a highrise hotel in downtown Dallas, the future President of the Free Southern Stateen picked up the local telephone directory and allowed his finger do the walking through the C-names.

To his surprise and delight he discovered one telephoney with the surname ‘Childers’. So he allowed his forefinger continue with the dialling.

-Yo, bro ! Who dat dar? Dis be Eldridge Childers at dis end , who ma man out dar?

In the countless obituaries of TK Whittaker his perfectly normal championing of the Irish language was skipped over as quickly as his initials. It was dismissed by the Consentia with the same blythe disregard as the same Consentia would dismiss, say, a tumbler of TK red lemonade during the recent black and green national holiday of St. P. Arthur Guinness.

TK Whitaker’s interest in Irish was kindled by his teacher in Drogheda CBS, one  Peadar McCann. This fellow-native of County Down encouraged his young protogé to investigate the remaining remnants of the aboriginal languge in the locality. TK actually met with the last surviving native irish-speaker in the Omeath area.

So much, for the Know Nothing Knuckelheads who dismiss the Leprechaun as a quaint facet of the Wild Atlantic Way along the lines of the 4 Qs: quagmires, quay-walls , quail and quadruped donkeys.

This is by way of a commodius vicus of recirculation to that ailing quango, The (gulp) Ancient Irish East. Which was set up by the Irish Tourist Board as an Oriental Rival thingy to the Wild Atlantic Way.

In the setting up they answered the opportunity that knocked to honour the Big Beast of the East Coast, TK Whittaker by ignoring in a bored, pig-snoring way any emphasis on the Gaelic Thingy in the Oriental part of the ‘only English-speaking country in the EU’. Thus, treating IT as if it was a striclty Occidental thing for the Accidental Tourist and his Squaw   on the W.A.W. (see above).

Not a solitary syllable in the warmly welcomed voluminous litter-ature , codenamesd The Triumph of Bumpf, had to to do with perhaps THE least insignificant laws laid down in the the Ancient Irish East:

They were specifically designed to drive the3-Ls of the locals, i.e,, language, laws, and leisiure activities back into Ye Bog Holes of Ye Olde Obscurity.

Perhaps the most compelling example of their Failiure is the matter of Irish pastimes was the recent reasonably successful spell which the local ‘hockie’ and ‘coiting’ team hasve experienced: 11 All-ireland titles in this century alone.

The Kilkenny hurlers (for it is they !)  are known coloquially as The Cats and their stripey black and amber ganseys are often called : The Cats’ PJ’s. Though they might with equal validity be known as, say, The Cats’ DJs or indeed The Cats’ TJs, on account of the feline grace of such caman-wielders as DJ Carey and TJ Reid.

Although these brass-necked Statutes were erected the Marble City at a far away date with the strange sounding numeral, 1366 they haen’t gone away, youknow. Their malady still lingers on, – pace The Ancient Irish East – and as a few random diddley-aye-o-dee-dum examples of the past couple days will show.

The Statutes, of course, were essentially political and there is nothing quite as profoundly politcal in West Britannia as the pastimes

Examples which illustrate (vividly) the brass-necked bias of the Pale-faced Press in favour of the self-important imports and designed to diss the local sports: the same press have been particularly antsy of late, the same press which prefers to refer to soccer as ‘football’ and the oval-balled Oirish outfit as The Team of Us.

This anglo-centric antsiness might well be down to to the (gasp) 35 not out run of the Dublin Bogball team. 35 actually equals the number of Articles in the (gulp) Statutes of Kilkenny.

-A tactical and strategic genius !

(Point of Infomation, through the chair: puke football and muck-savagery are confined to Croke Park, HQ of the GAA Bogballers and Stickfigthers).

The Cats’ Pyjamas serves to remind one of the Celtic Tiger which, if it had hosen to don the rather more suitable black and amber gansey instead of   the Green back jersery, might well have avoided ending up in the, erm, Red.

This is a piece of brass-neckery which has even spread to some in Norneverland whom one might have thought would have known better: in that window of colonial opportunitst, the Sindo, this is what appeared as recently as last weekend:

-Adams is a confusing grandstander and opportunist.

With suname furled hurled at the wally

(The theme song of the Kilkenny team, incidentally, is :  ‘Lovely Molly, the Rose of Mooncoin’).

But, by way of conclusion, to return to TK Whitaker and his fascinated passion with the indigenous lingo, and how its roots on Noreseide might cause the Convenience Store Cadre of the Ancient Ireland East to snore.

One instance o will suffice: The Diary of Humphrey O’Sullivan.

Actually, Cín Lae Amhlaoibh is a diary written by Amhlaoibh Ó Súilleabháin (1780–1837) between the years 1827 to 1835. It is invaluable for the insight it gives into life in rural Ireland in the early 19th century, and is a rare example of an early modern diary written in the Irish language. Amhlaoibh’s original manuscript is currently in the possession of the Royal Irish Academy.

Its topics include his acute observations on every thing from cats to hurling :

…I saw two water wagtails hopping and flitting within a yard fried chicken of a cat which was crossing the road. They were noisily mocking the cat, which kept glancing from one side to the other at them. The poor man does the same to the tyrant when he gets the opportunity – just as the birds do to the cat.”[7]

…Feast of Saint Peter and Paul.

A holiday… Hurling on the Fair Green. It was a good game. The sticks were being brandished like swords. Hurling is a war-like game. The west side won the first match and the east the second. You could hear the sticks striking the ball from one end of the Green to the other. I was watching from the top end myself with Doctor Céatinn and two priests. The well-to-do young men and women were strolling up and down the Green and on the level causeway in the center.”[7][8]

The diary also included various manifestations of the, erm, penal laws which might indeed have some relevance to the contemporary (gulp) Rainbow Revolution of the (gasp) Republic. If for no other reason than to show just how anodyne their Anti-Romanist Animus actually was way back then, when ajudicated upon   by today’s stereotypical steroid-pumped standards:

:”February 3, 1828 …There is a lonely path near Uisce Dun and Móinteán na Cisi which is called the Mass Boreen. The name comes from the time when the Catholic Church was persecuted in Ireland, and Mass had to be said in woods and on moors, on wattled places in bogs, and in caves. But as the proverb says, It is better to look forward with one eye than to look backwards with two…“[10]

“8 May 1830 …There is a large underground cave in Baile na Síg, two miles west of Callan, which is called ‘The Rapparee‘s Hole.’ It seems they used to hide there after Cromwell‘s and King William‘s time. It’s many the fine, good, honest man who had been reared in luxury and happiness who was reduced to robbery, begging, or exile by those two Englishmen.”[11][12]

“September 11, 1830 …Last Thursday in Dublin Castle I heard a band playing music which was like the music of Devils. The bassoons were like a sow crooning to her young. The musical pipe sounded like the squealing of piglets. The flute sounded like a muffled fart, the trumpets and French horns sounded like the laughter of fiends and the serpent like the sighing of demons, the trombone like the harsh cry of the heron. It wasn’t soft like the lovenote of the heron. The clarinets were like the cry of the plover and the corncrake. It in no way resembled the sweet, gently moving music of the Irish.”[13][14]

The date of the last entry here is worth noting,perhaps, even for that reason alone.

View all posts by Jude Collins →
‘The Fact of the Matter. 29.3.17’ by Randall Stephen Hall
‘Brexit and the Irish Border: Not a matter of British National security interest but rather a matter of vital Irish National interest’ by Sammy McNally

5 Responses to THE   CATS’   PYJAMAS by Perkin Warbeck